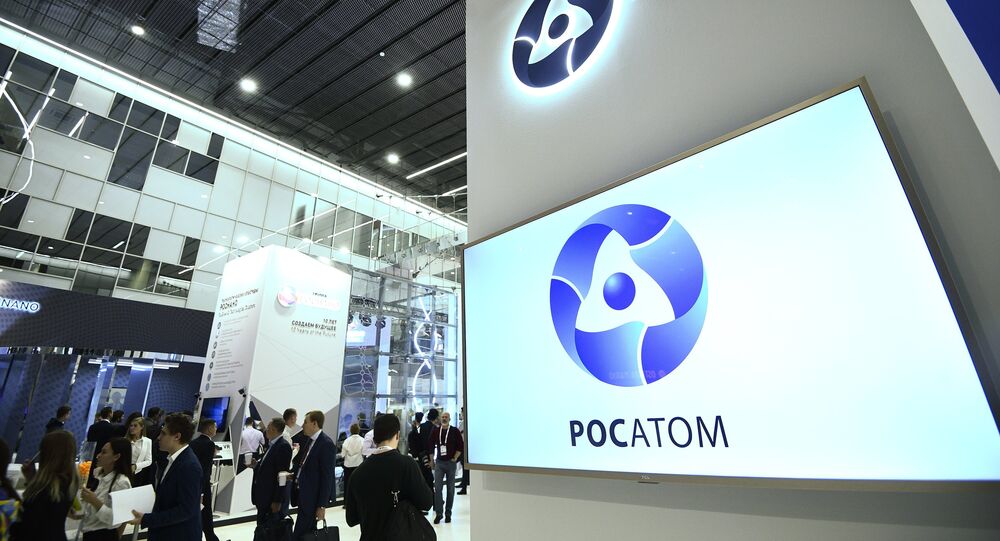 MOSCOW (Sputnik) - Another robot is currently being tested at the base of Russian nuclear technology corporation Rosatom's subsidiary in addition to the remote-controlled robot Alyosha, Evgeny Dudorov, the executive director of the Android Technology NGO, said.

"At this stage, we see that we need to develop the functionality. There is a robot, and not even one. Two robots are being tested. The first one is electrohydraulic, and the second one we made completely on electric drives", Dudorov stated.

© Sputnik / Evgeny Biyatov
Russia's Nuclear Tech Giant Rosatom to 3D-Print Spinal Cage Implants
According to Dudorov, robots have long been used in industrial enterprises, for example, for transporting standard boxes. However, Rosatom robots must learn to sort through various forms of garbage, recognize objects, determine the materials and place the objects into special containers.

The Alyosha robot has been undergoing trials for several years at the base of Rosatom's Federal Environmental Operator. Alyosha represents a mobile robotic manipulator controlled by an operator to work in strong radiation fields.