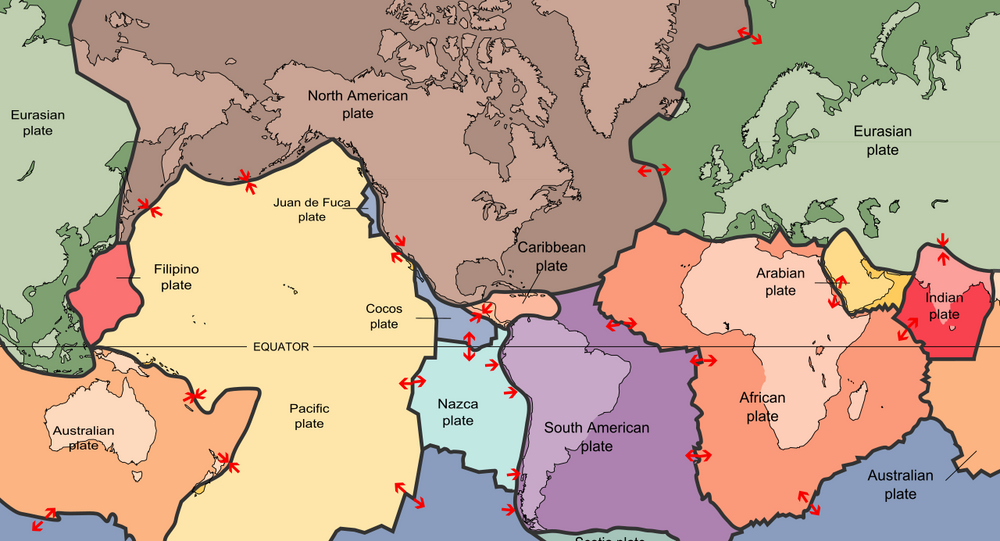 Evolving from the concept of continental drift, which proposed that Earth’s continents began as one supercontinent, only to drift apart over billions of years, plate tectonics built on the idea to suggest that seven large plates and eight smaller plates were responsible for this process. The question is: how were these plates created?

Chinese and US researchers from the Dalian University of Technology, the China University of Geosciences, the University of Hong Kong, Hampton University and Northeastern University believe they may have ‘cracked’ the billions of years’ old mystery of how Earth’s shell split into 15 tectonic plates which have governed the movement of the continents ever since.

In a paper entitled ‘Breaking Earth’s Shell Into a Global Plate Network’, recently published in an issue of the peer-reviewed Nature Communications journal, scientists posited, using complex mathematical simulations and 3D spherical shell models, that our planet’s once uniform shell may have heated up again after solidifying and cooling, with immense thermal pressures causing it to expand and ultimately – crack.

Assuming a planetary radius of 6,371 km, researchers calculated that the lithosphere, Earth’s solid outer shell, could withstand only about 1 km worth of expansion before fracturing began.

The idea that Earth probably formed with a solid shell is itself a relatively new one, with researchers from the University of Maryland, Curtin University and the Geological Survey of Western Australia seeking to confirm that this was the case in a 2017 paper which examined rocks as old as 3.5 billion years old collected from Western Australia’s East Pilbara Terrane.

Felipe Dana
Pangaea Riddle: How Ancient Supermassive Continent Broke Apart Shaping Today’s Earth
What’s unique about the Chinese-American collaborative study’s approach is their theory about how exactly the Earth’s outer shell cooled and warmed again sufficiently enough to crack. “The answer lies in consideration of major heat-loss mechanisms that could have occurred during Earth’s early periods,” Dr. Alexander Webb, study coauthor and researcher at the University of Hong Kong’s Department of Earth and Planetary Science, said in a press release.

Specifically, the researchers posit that during Earth’s earliest period, volcanic advection was responsible for carrying hot material from the Earth’s fiery core to the surface. Over time, molten rock coming to the planet’s surface would cool and sink, with part of the heat lost to space, subsequently cooling the lithosphere, and, over time, trapping convective heat in the core, causing it to expand and – voila – ultimately cracking the shell into multiple plates.

The scientists now plan to use their tools and models for further studies of Earth, as well as other planets and moons in the solar system. “Together,” the researchers stressed, “these studies chip away at one of Earth and planetary science’s greatest remaining mysteries: how and why did Earth go from a molten ball to our plate tectonic planet?”

Kremlin on Japan's Claims: Russia Has Right to Conduct Geological Surveys on Its Territory