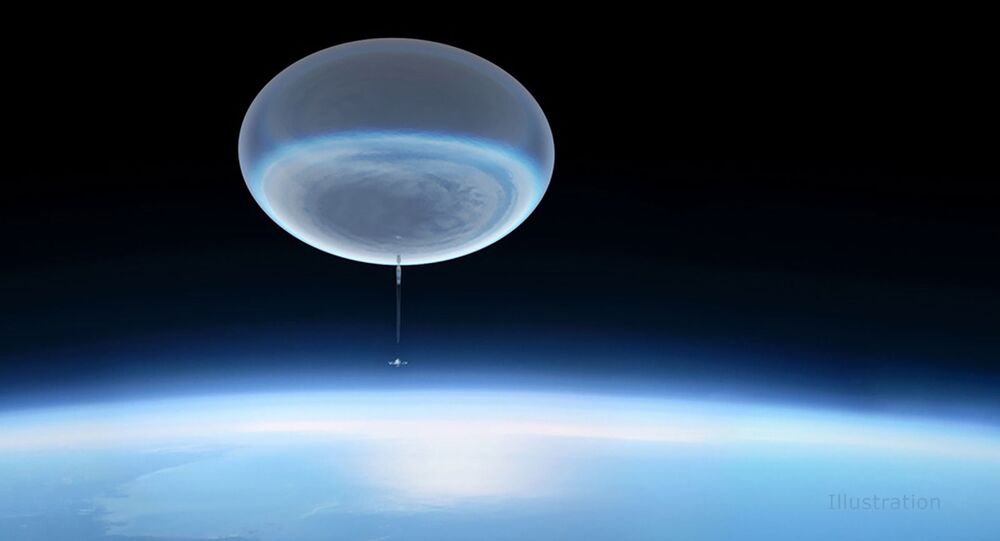 The US space agency NASA is working on a new project that would use a stadium-sized balloon to lift a telescope high into the atmosphere above Antarctica, where it can get some of the clearest views of space without blasting off on a rocket first.

NASA announced on Wednesday it had begun a new mission to hoist a telescope 130,000 feet into the air, where it can peer into space without worrying about the distorting effects of the thicker atmosphere below.

The telescope is called the Astrophysics Stratospheric Telescope for High Spectral Resolution Observations at Submillimeter-wavelengths (ASTHROS). It measures 8.4 feet long, but the balloon that will raise it 24.6 miles above Antarctica will be about 400 feet wide, or the size of a small football stadium, when fully inflated.

"With ASTHROS, we're aiming to do astrophysics observations that have never been attempted before. The mission will pave the way for future space missions by testing new technologies and providing training for the next generation of engineers and scientists."

Once aloft, ASTHROS will use special sensors that detect far-infrared light, a very long wavelength produced by very cold objects. Even though it will be extremely cold at 24 miles up, the gondola carrying the telescope will still have to take along a special cryo-cooler that will superfreeze it to negative 268 degrees Celsius - just a little bit above absolute zero - in order for the far-infrared detector to work.

ASTHROS will use this device to make the first detailed 3D maps of several gaseous regions in the Milky Way where new stars are forged, as well as one of the Milky Way’s intergalactic neighbors, Messier 83, better known as the Pinwheel Galaxy.

According to the release, the JPL is aiming for a December 2023 launch date, with the mission lasting between 21 and 28 days.

Another infrared telescope that NASA has long hoped to launch into space, the Nancy Grace Roman Space Telescope, formerly called the Wide Field Infrared Survey Telescope, was delayed for several years before nearly being struck from NASA’s budget by the Trump administration. However, NASA announced this past March that with the 5% budget increase given it by the administration, it had approved the $3.2 billion project to go forward.

However, NASA may go still further than a high-altitude balloon or Earth orbit: in April, the agency began exploring the feasibility of a Lunar Crater Radio Telescope on the far side of the moon, a position that - at certain times of the month - would afford it some of the darkest skies possible this close to the sun.