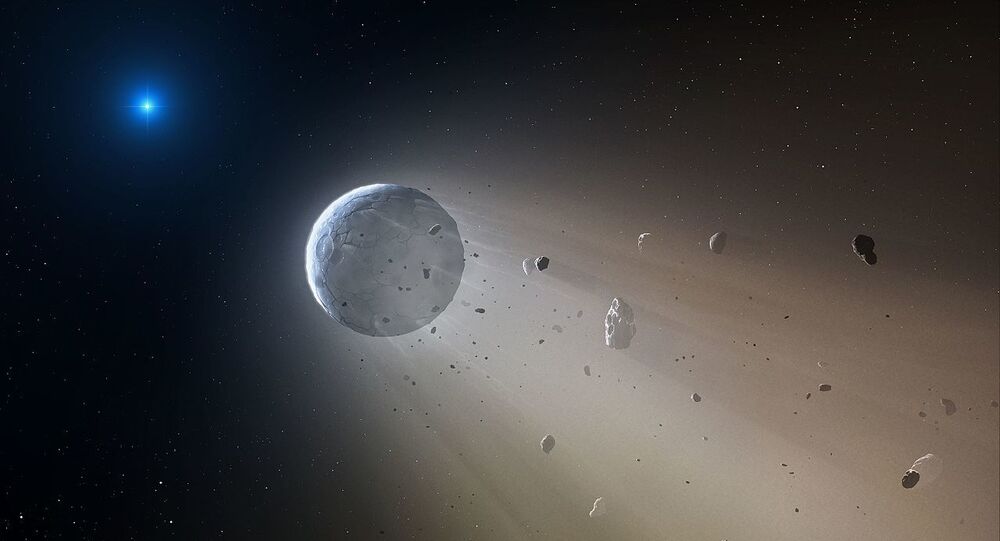 This is the second time an ultraviolet flash of light has occurred following a white dwarf explosion. Scientists have said that this indicates that something inside or nearby it was very hot. This is unusual for white dwarfs as they usually cool with age.

Scientists have spotted a spectacular flash of ultraviolet (UV) light deep in the universe following a white dwarf explosion - an event that has only ever been seen once before.

This discovery could shed light on several of the universe’s long standing mysteries, including what causes white dwarves to explode, how dark energy accelerates the cosmos and how the universe creates heavy metals, such as iron.

Adam Miller, an astrophysicist at Northwestern University who led the research said that the UV flash is “telling us something very specific” about how this white dwarf exploded.

"As time passes, the exploded material moves farther away from the source. As that material thins, we can see deeper and deeper. After a year, the material will be so thin that we will see all the way into the center of the explosion,” he said.

A white dwarf is the next stage of a star that has exhausted its nuclear fuel and sheds its outer layers leaving behind only a core.

When a white dwarf explodes a supernova occurs, which is fairly common but this specific UV flash is different.

The rare flash lasted for a couple of days which indicated that something inside or nearby the white dwarf was incredibly hot. This puzzled astronomers as white dwarfs usually become cooler as they age.

"The simplest way to create UV light is to have something that's very, very hot," Miller said. "We need something that is much hotter than our Sun—a factor of three or four times hotter. Most supernovae are not that hot, so you don't get the very intense UV radiation. Something unusual happened with this supernova to create a very hot phenomenon."

Miller and his team are exploring four different hypotheses of how this UV flash occurred.

Miller says his team will be able to narrow these theories down to one explanation by the end of the year and once this has been achieved they will be able to learn more about planet formation and dark energy.

A paper outlining this research has been published in the Astrophysical Journal.