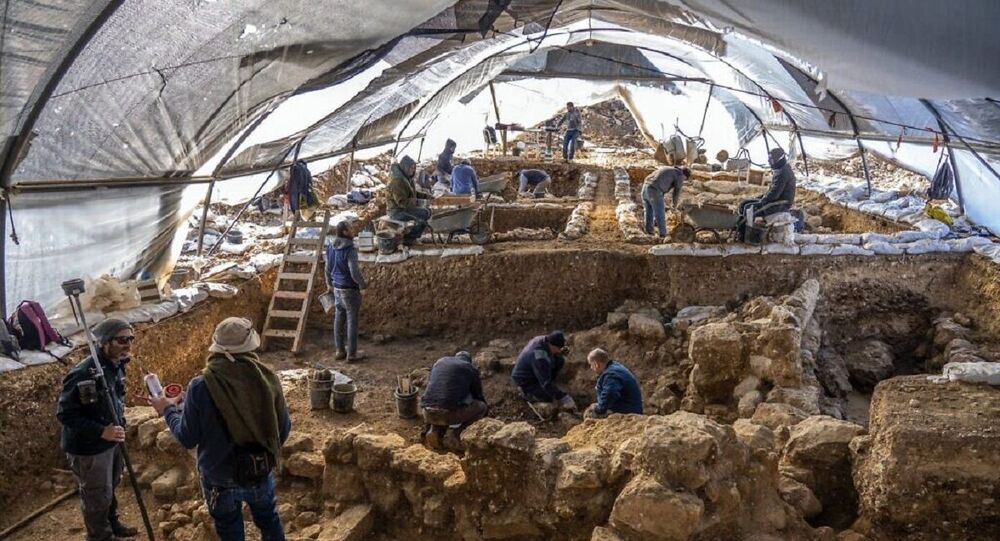 Massive Complex from 7th Century BC Kingdom of Judah Discovered in Jerusalem, Near US Embassy

How taxes were collected and in what “food” form were they stored during the period of the Kings in Jerusalem? A new mind-blowing discovery in artifact-rich Arnona neighborhood in Israel just brought archaeologists one step closer to finding answers to these peculiar puzzles.

A giant ancient government complex has been excavated near the new United States Embassy in Jerusalem, revealing a major collection of royal seal impressions, possibly one of the largest collections from the ancient Kingdom of Judah, according to researchers from the Israel Antiquities Authority, as reported by the Times of Israel.

The structure dates back to the reign of Judean kings Hezekiah and Menashe, who ruled approximately from the 8th to the middle of the 7th century BCE, and is believed to be an administrative building that was responsible for the collection and storage of taxes. This was indicated by the discovery of over 120 stamped jar handles found at the site, as agricultural products were used as 'cash crops' for the payment of taxes at that time, including such goods as wine and olive oil. Most of the stamped inscriptions, which are believed to have been made some 2,700 years ago, read “LMLK”, or “LamMeLeKh” in ancient Hebrew script, which can be deciphered as “Belonging to the King”.

According to archaeologists, the discovery of these seal impressions marks a staggering addition to the several thousands similar seals that had been found previously during excavations.

But the discovery of the whole compound, located just three kilometres outside the Old City, with its main “exceptional” Iron Age structure, is believed to shed some profound light on the understanding of how taxes were collected and how the administrative system worked during the period when Jerusalem was run by Kings.

“This is one of the most significant discoveries from the period of the Kings in Jerusalem made in recent years. At the site we excavated, there are signs that governmental activity managed and distributed food supplies not only for shortage but administered agricultural surplus, amassing commodities and wealth,”  according to archaeologist Neri Sapir and Nathan Ben-Ari, who are co-directing the excavation process.

Among other peculiar discoveries made by archaeologists are a collection of clay idols in the forms of animals, women and even horse riders. According to archaeologists, these idolatry objects could be interpreted as symbols of pagan worship, which was prevalent during the period of the Kingdom of Judah.