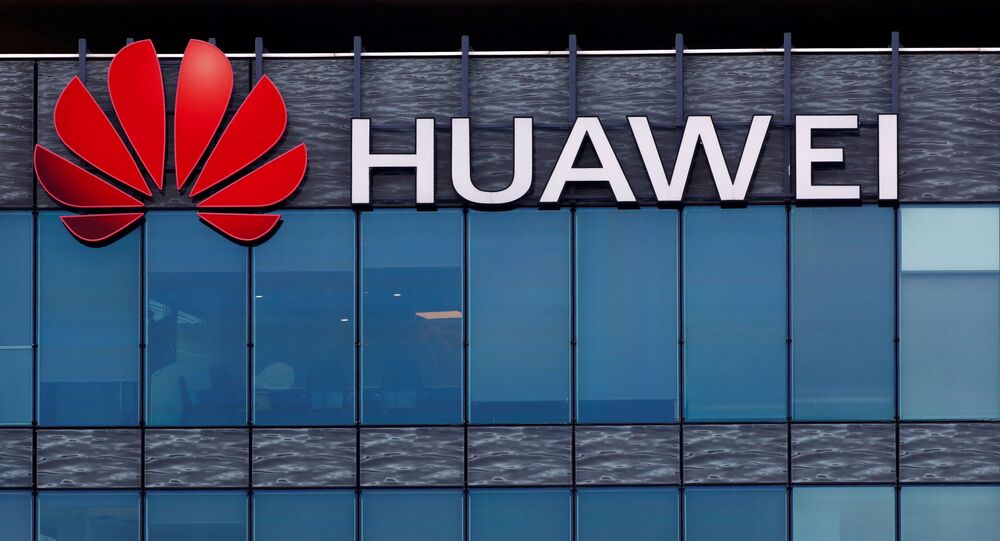 Last week, British Culture Secretary Oliver Dowden announced that the UK will ban the purchase of 5G infrastructure from Huawei as of the end of 2020, arguing that the decision was about "the long-term security of our telecoms".

Chairman of Huawei Technologies’ Italian unit Luigi De Vecchis has stated that the Chinese tech giant is cooperating with Telecom Italia (TIM) despite its decision to exclude Huawei from a recent tender to supply 5G technology.

“We respect the decision [by TIM], which is of a commercial not a political nature, that concerns one of the many parts of the [5G] network”, De Vecchis told the Italian magazine Corriere Economia on Monday.

He also referred to the UK, where De Vecchis said Huawei had recently been excluded from 5G services in a “geopolitical, not a technological decision”.

“Of course we’re sorry, it’s not a party but we continue to work with TIM as well as with [the UK telecom giant] Vodafone and others”, De Vecchis pointed out.

© AP Photo / Mark Schiefelbein
Huawei Focused on Customer Needs, Trust 'More Important Than Ever', VP Says Amid UK 5G Decision
The statement came after Chinese Foreign Ministry spokeswoman Hua Chunying described Britain's decision to ban Huawei from its national 5G rollout as something that was all about the "politicisation of commercial and technological issues" rather than national security.

UK Culture Secretary Oliver Dowden announced the ban, which will start in late 2020, on 14 July, citing alleged threats to "the long-term security of our telecoms".

Existing 5G Huawei equipment already installed is expected to be removed from Britain by 2027.

Earlier this year, the UK formally permitted the Chinese tech behemoth to take part in the construction of Britain’s 5G mobile communications and Internet infrastructure, despite warnings from Washington that this would endanger intelligence-sharing cooperation between the Five Eyes alliance.

Apart from Britain and the US, the group also includes Australia, Canada, and New Zealand.

The US crackdown on the Chinese tech giant kicked off in May 2019, when the Trump administration blacklisted the firm over allegations that the company's hardware and software connections sent data to China's intelligence agencies, claims that were rejected by both Beijing and Huawei.