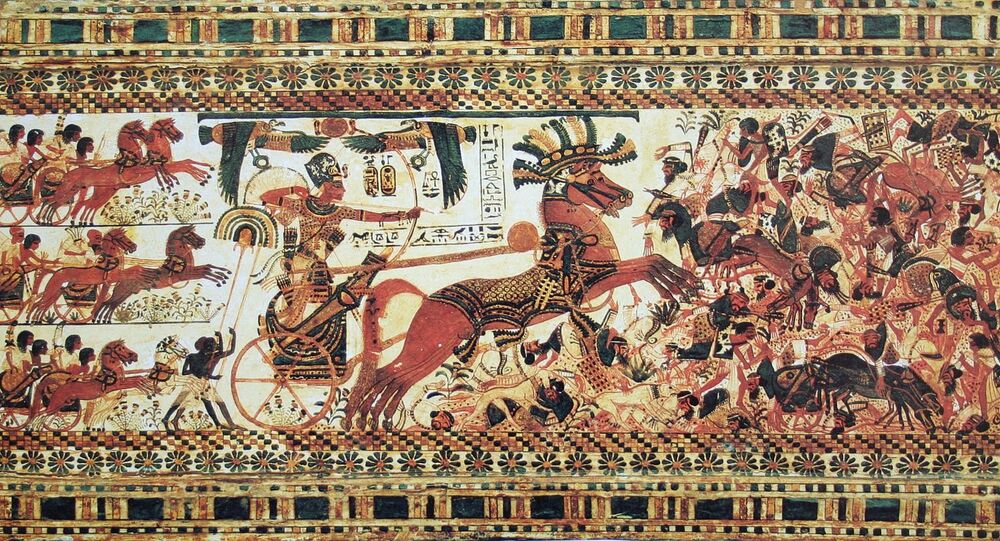 Egypt was ruled by the pharaohs from approximately 3100 BC to 30 BC. However, there was a short period when the country was under the rule of the Hyksos, who took advantage of a power vacuum and seized control of Egypt for one hundred years – or at least that’s what historical documents have told us. Who precisely the Hyksos were remains unclear.

Scientists from Bournemouth University claim to have debunked a millennia-old myth about an invasion of Egypt by the Hyksos. After the pharaohs retook power from them, the Hyksos were called foreign invaders of an obscure race. However, historians have struggled to find evidence to prove this narrative. They failed to discover signs of an invasion despite the existence of extensive burial sites, while documents showed that more men with Egyptian names married women with non-Egyptian names at the time. During invasions and wars, which were generally waged by men, foreign conquerors often married women from the losing side.

According to a new study published on 15 July in the Journal PLOS One, the narrative promoted by the pharaohs about the Hyksos invading Egypt was fake news. During the research, Chris Stantis and her colleagues examined teeth from the Hyksos; in particular, they looked at the levels of strontium in them. This chemical element gets into our bones and teeth through water and food and people from one area have different ratios of strontium compared with people from another area.

The study revealed that the Hyksos and Egyptians had the same levels of strontium, which researchers say points to that they were not foreign invaders, but immigrants who staged an uprising.

"Instead, this research supports the theory that the Hyksos rulers were not from a unified place of origin, but Western Asiatics whose ancestors moved into Egypt during the Middle Kingdom, lived there for centuries, and then rose to rule the north of Egypt", read the study.

The findings of the research also showed that there was a huge influx of Hyksos into Egypt centuries before they took control of the country. "This is consistent with the supposition that, while the ruling class had Near Eastern origins, the Hyksos' rise to power was not the result of an invasion, as popularly theorized, but an internal dominance and takeover of foreign elite", the researchers wrote in the study.

So who were the Hyksos? Historians still don’t know for certain. What is known is that they had names similar to the inhabitants of southwest Asia and ancient artworks depict them as wearing long multi-coloured clothes, unlike the traditional white attire worn by Egyptians. Egyptologist Orly Goldwasser at the Hebrew University of Jerusalem claims that most of the immigrants who went to the North African country prior to the Hyksos’ rule had peaceful intentions. Goldwasser claims that the Hyksos were those who invented the alphabet.