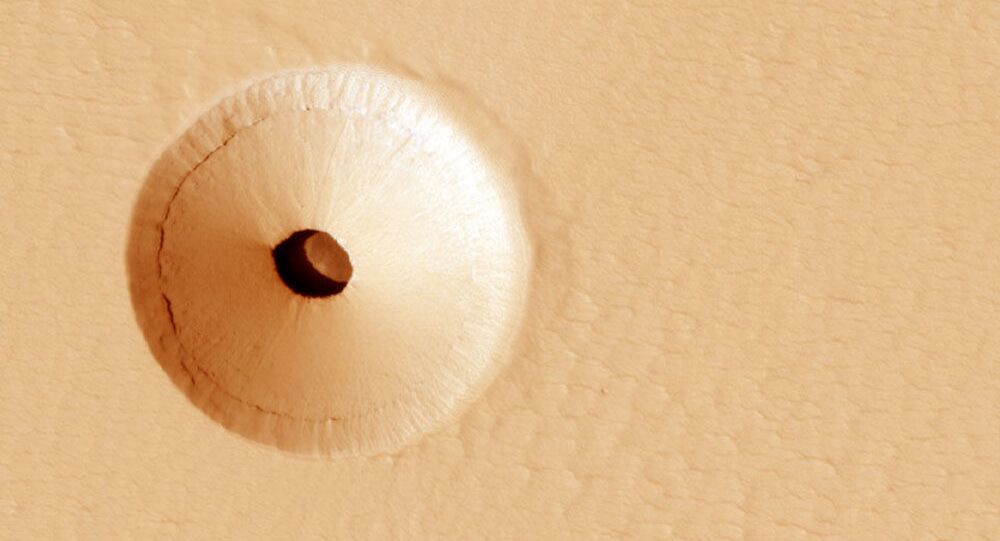 The call comes 11 days ahead of the space agency launching the Atlas V rocket carrying the Perseverance rover. With this mission, NASA wants to unravel some of the mysteries that have been surrounding the red planet for decades.

US scientist Charity Phillips-Lander from the Southwest Research Institute in Texas wants NASA to explore lava tubes on Mars as the astrobiologist and her team suspect that aliens may be living in tunnels on the red planet. The composition of the planet’s atmosphere, its extreme temperatures that can drop to minus 225 degrees Fahrenheit (minus 153 degrees Celsius), and cosmic radiation make Mars’ surface inhospitable, so if one is to search for signs of life and extra-terrestrial civilisations on the red planet, then one should do so under its rocky surface, suggests Phillips-Lander.

"If life exists there it will probably be best maintained in the sub-surface", she said.

The astrobiologist and her team believe that NASA needs to send a rock-climbing robot to study the caverns on Mars in the near future, while the researchers note that technological progress will make such a mission possible in the next decade. Phillips-Lander’s claim was echoed by a planetary researcher at the NASA Ames Research Centre in California, Pascal Leem. "On Mars and other places, lava tubes have the potential to have made the difference between life and death", Leem said.

© CC0
'No Idea What We Were Dealing With': Supermassive Black Hole's Enigmatic Behavior Puzzles Scientists

Mars has been captivating the interest of astronomers since the 19th century, when the canal-like features on the red planet’s surface were observed for the first time. This led to speculation that the fourth planet from the Sun may have hosted alien life. In 11 days, NASA will send the Perseverance rover to the red planet, which they hope will shed light on the many mysteries surrounding Mars. Researchers hope that the rover, which is expected to land on the planet’s surface in February 2021, will learn about the climate processes that turned Mars into an uninhabitable planet, the composition of its surface, and whether the red planet at one point hosted life. The agency hopes that the rover will also help to prepare for a potential manned mission to Mars.