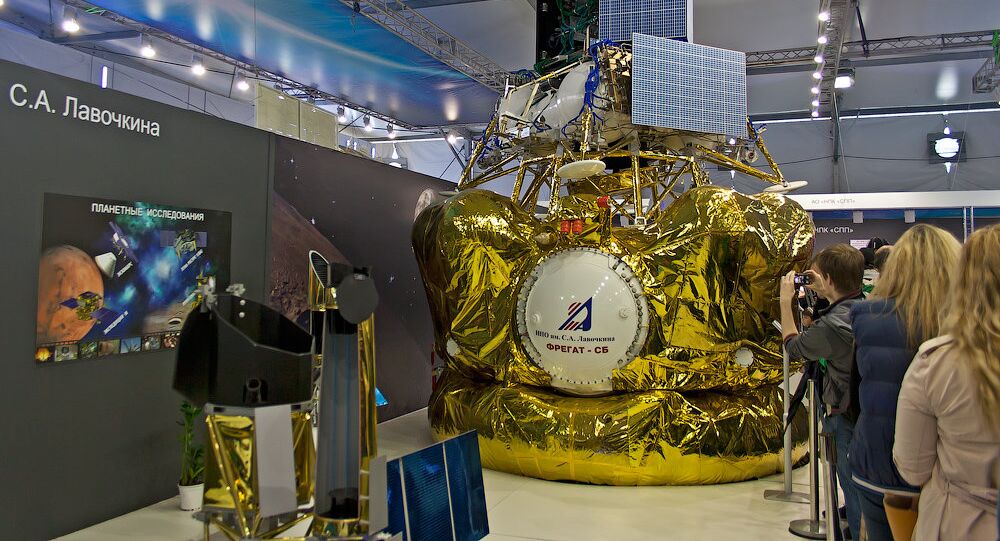 The involvement of foreign countries in the ambitious Russian lunar mission is not limited to testing equipment. A lunar mass spectrometer manufactured jointly with Switzerland will be installed on board the Luna-25 to study probes of lunar soil.

The launch readiness of equipment installed on Luna-25, the first lunar lander mission from the Russian Federal Space Agency (Roscosmos) in the country’s modern history, is to be assessed with the help of US and European equipment, according to the procurement website of its manufacturer, the Lavochkin Scientific and Production Association, one of Russia's leading space enterprises within Roscosmos.

According to the technical requirement specifications for the alignment of structures along the axis for the "Luna-Glob" project, four spherical reflectors are to be purchased in Switzerland, and 250 magnetic base holders from the US.

Russia wants to land 3 next-generation Luna #spacecraft on the #Moon by 2025🚀 Controversy over the date of launch for Luna-25, 2021?🕵🏻‍♀️@ESA is contributing a video camera and ground-station support for the mission #Space #technologies #innovation Img @roscosmos https://t.co/Sc2XCkHxpe pic.twitter.com/pgKvn6Itys

​The need to resort to foreign equipment for testing the Russian lunar station was explained by a lack of Russian analogues, according to the manufacturer.

The involvement of foreign countries in the ambitious Russian lunar mission is not limited to testing equipment. A lunar mass spectrometer manufactured jointly with Switzerland will be installed on board the Luna-25 to study lunar soil.

When Luna-25 lands on the Moon, it will image the terrain using a European Pilot-D camera built specifically for landing by the European Space Agency (ESA).

A Luna-26 orbiter is scheduled to be sent to lunar orbit two years after Luna-25, to make remote scientific measurements and, potentially act as a communications relay for the next lander mission.

The currently targeted launch date for Luna-25 is 1 October 2021, with the flight to the moon expected to take between 4.5 and 5.5 days.

Luna-25 expected to land near the lunar South Pole, with developers aiming to test soft landing technology in the moon's polar region.

🇷🇺 #Russia's next-generation #Luna25 spacecraft is set to launch to the #Moon in 2021! 🚀 This will be our country's the first #lunar lander mission in 45 years 🌔 Luna-25 is currently in the assembly and going through the first trial stages. One step at a time, we'll be back 😉 pic.twitter.com/MGXyecRqnt

Roscosmos has announced possible landing sites for their upcoming mission of #Luna25 near crater Boguslavsky (area 6 in the figure) and the reserve area to the south-west of the Mancini crater (area 1 in the figure). The launch is scheduled for 2019. pic.twitter.com/AuwslZRy8F

​The device will spend another five days in lunar orbit.

The project is part of the Luna-Glob Moon exploration programme by Roscosmos, with the aim of progressing toward the creation of a fully robotic lunar base. Eventually, the programme will continue with crewed lunar missions.

"Overall we are fairly confident that the objectives involving Luna-26 and Luna-27 will be met in 2024 and 2025, respectively," said Vladimir Kolmykov, head of the Lavochkin Scientific and Production Association, which oversees the development of interplanetary robots.