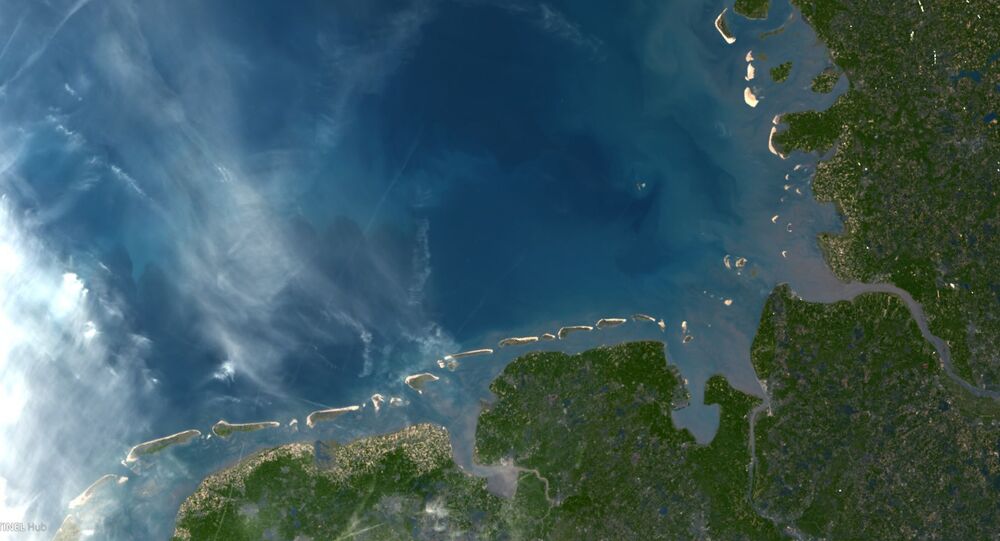 Before Brexit Was Mainstream: How the UK Was Pulled Away From Europe Thousands of Years Ago

Doggerland was a landmass connecting present-day Britain with the European continent, which submerged into the North Sea during the prehistoric period. However, the link behind the land’s disappearance and the legendary Storegga Slide long remained unexplored.

Britain’s separation from Europe was triggered by several mega-tsunamis around 8,000 years ago resulting from the Storegga Slide, an international team of researchers have revealed in a study published in the journal Geosciences.

The Storegga Slide was a landslide off the continental shelf off Norway which occurred around 6225–6170 BC, leading to the submarine collapse of hundreds of kilometers of coastal land.

Citing evidence based on geochemical signatures, lithostratigraphy, sedimentary ancient DNA and other data, scientists have been able to prove that tsunamis resulting from the slide led to the submergence of Doggerland – and thus the separation of Britain from the rest of the continent.

Doggerland is believed to have been mostly uninhabitable during the last Ice Age, but as the ice melted, plant and animal activity started to emerge on the land – and eventually humans appeared there during the Mesolithic period. No border issues between Britain and Europe existed back then.

As the ice melted, sea levels were rising too, causing the land’s eventual submergence even before the catastrophic Storegga Slide. By 9,000 BC, Britain could have already been separated from the continent, but some landmass probably still existed.

© CC0
'Baby' Fossil Fragment Found in Alaska Sheds Light on Dinosaur Existence in Ancient Far North
The remaining piece of coastal land, known as Dogger Bank, was also inhabited by animals and humans, scientist note. But following the Storegga Slide, even it sunk - literally into oblivion – before returning to the spotlight in 1931, when a prehistoric barbed antler harpoon was discovered by fishermen.

It seems that it was not Brexit and anti-EU sentiment that first separated Britain from Europe, but rather rising sea levels and mega-tsunamis.