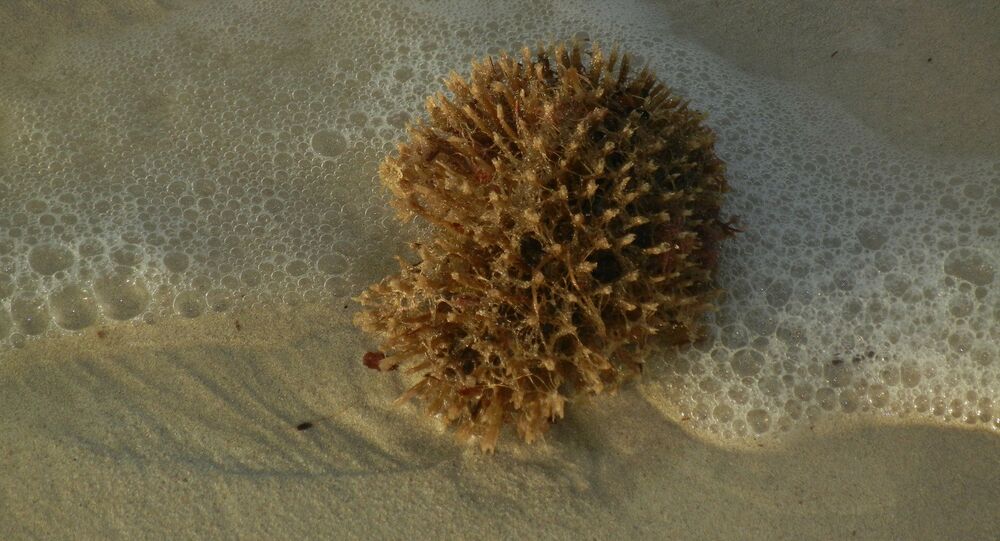 The most diverse and most abundant groups of organisms, sponges play a crucial role in the marine ecosystem. In addition, they are often used as shelter by other organisms. Humans have been using them for many other purposes, including as water filters and portable drinking utensils.

An international team of scientists has given a name to a new species and genus of sponge that looks like an alien creature. A team of deep ocean explorers discovered the bizarre-looking organism in an area of Eastern Pacific seafloor 850 miles southwest of Hawaii in 2017. During the expedition led by the US National Administration of Oceanic and Atmospheric Administration, researchers found a whole community of these sponges, which they say are reminiscent of a character in Steven Spielberg’s 1982 movie E.T.

"Rising high on a stalk, this sponge had a body with two large holes oddly reminiscent of the large eyes of the alien from the beloved movie, ET: The Extra-Terrestrial", the NOAA wrote in a press release.

Q&A: A magnificent new sponge from the deep gets a namehttps://t.co/ZXdBCxAEvq

​The organization then learned that the sponge was first discovered in 2016 by Dr. Cristiana Castello Branco, a postdoctoral researcher, who stumbled upon it in the Mariana Trench. Together with her colleagues, Branco analyzed the skeletal elements of the sponge, called spicules. Initially, they thought that the weird-looking organism belonged to the Bolosoma genus, but after a closer look Branco realized that the sponge belongs to a new genus and species. Branco decided to call the sponge Advhena magnifica, which can be translated from Latin as "magnificent alien".

Despite the fact that sponges are the most abundant and diverse groups of organisms, scientists know little about them. What they do know is that sponges have a huge impact on the marine ecosystem, helping to maintain a balance of microflora and fauna and regulate the oceans’ nitrogen and carbon cycles. Dr. Branco says researchers don’t even know how many species of sponge are out there but notes that it's a large number. So more interesting discoveries await us in the future.