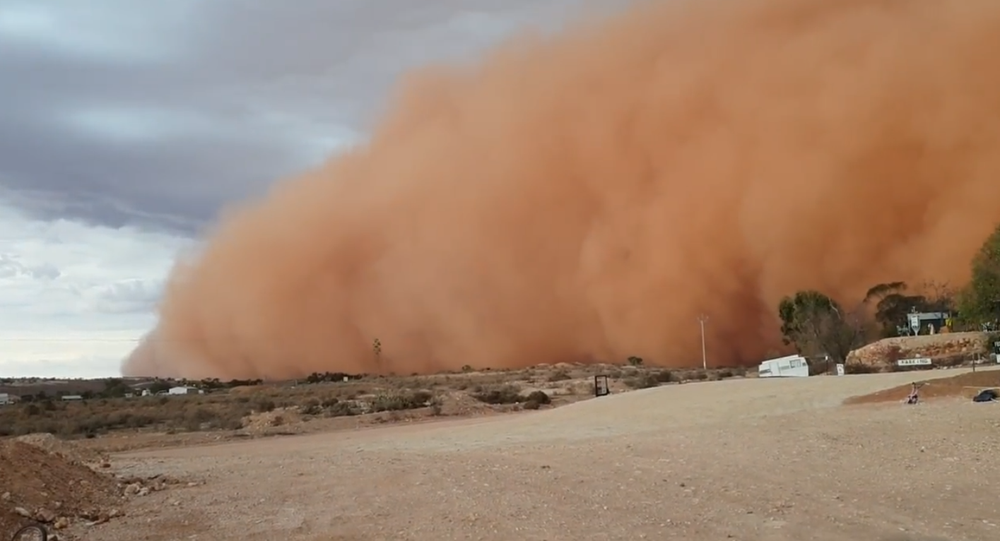 The Saharan dust storm is an annual phenomenon, which occurs in the desert between late spring and autumn. Dust particles are pulled up into the air by winds near the ground as well as thunderstorms. They then float for days or weeks, depending on the speed and dryness of the air masses.

European Space Agency (ESA) satellites have detected an unusual dust plume that has been dubbed Godzilla due to its huge size, the organisation said in its press release, posted on Thursday. The data provided by the Aeolus and Copernicus Sentinel Earth observation satellites show that the annual dust storm event is the biggest in 20 years. According to the US National Oceanic and Atmospheric Administration, the plume contains about 60-70 percent more dust than its predecessors.

Another unique detail about this year’s Godzilla dust storm is how far it has managed to travel. According to ESA, normally these storms disperse in the atmosphere or sink into the Atlantic Ocean. But this year it managed to travel approximately 8,000 kilometres (almost 5,000 miles), and was seen arriving near the Caribbean and southern United States. The data from the Aeolus satellite showed that most of dust layer was between 3 and 6 kilometres above the ground.

Despite its menacing name, the Saharan dust storm, which occurs every year, plays an important role in our planet’s ecosystem as it replenishes nutrients in the Amazon rainforests and feeds phytoplankton in the Atlantic ocean. Dust storms also prevent hurricanes and storms from forming in the Atlantic, when the storm’s dry and dusty layers collide with warm humid air and water.