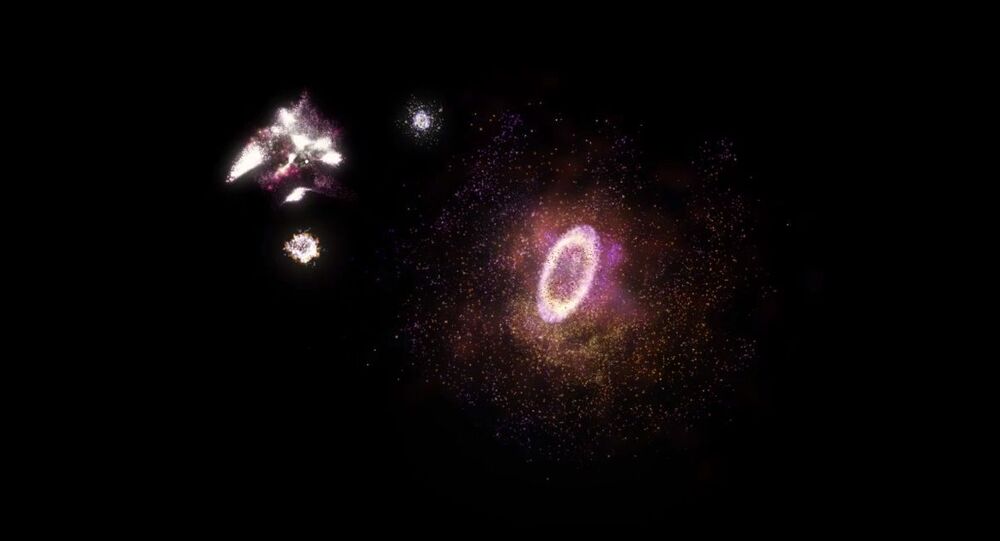 The puzzling circular objects were captured on cameras during a survey involving the Australian Square Kilometre Array Pathfinder telescope, and proved to feature, quite unexpectedly, no commonly observed optical, infrared, or X-ray counterparts to the diffuse emission.

An Australia-based research group has discovered a never-before-seen space phenomenon - circles of radio waves now dubbed “odd radio circles”, or more commonly ORCs, leaving scientists puzzled as to what could have caused them, a review in Nature Astronomy suggests. The results of the study have yet to be peer-reviewed.

The objects were zoomed in on while the researchers were conducting a survey of the universe using the Australian Square Kilometre Array  Pathfinder telescope (ASKAP).

The first three pictures of ORCs were found when the pictures taken throughout the study were visually examined, while a fourth was stumbled upon in archives compiled in March 2013, the scientists shared in a pre-print study published  on the arXiv.org website.

Radio images normally sport spherical objects such as supernova remnants and proto-planetary discs but the newly-spotted ORCs  look completely different,  and “rather appear to be a new class of astronomical objects”.

"None of the ORCs has obvious optical, infrared, or X-ray counterparts to the diffuse emission, although in two cases there is an optical galaxy near the centre of the radio emission,” the team wrote, depicting the mystifying objects as brightened discs boasting clear-cut circular symmetry and being around one archmin in diameter, a unit of angular measurement that corresponds to one sixtieth of an angle degree.

Assumed to be not in any way connected with a supernova remnant—the structure left over after a massive star burst, it was deemed as a possible result of a spherical shock wave arising from galactic winds.

"While this is a theoretical possibility, such a shock has not yet been observed elsewhere," the team shared, adding that one of the possibilities is that it represents a new category of a previously unknown phenomenon, “such as the jets of a radio galaxy or blazar when seen end-on, down the 'barrel' of the jet”.

Also, they contended, chances are it could be a remnant of a previous radio galaxy outflow, which can hardly be proved though, as the observations of the latter phenomenon do not resemble the ORCs.