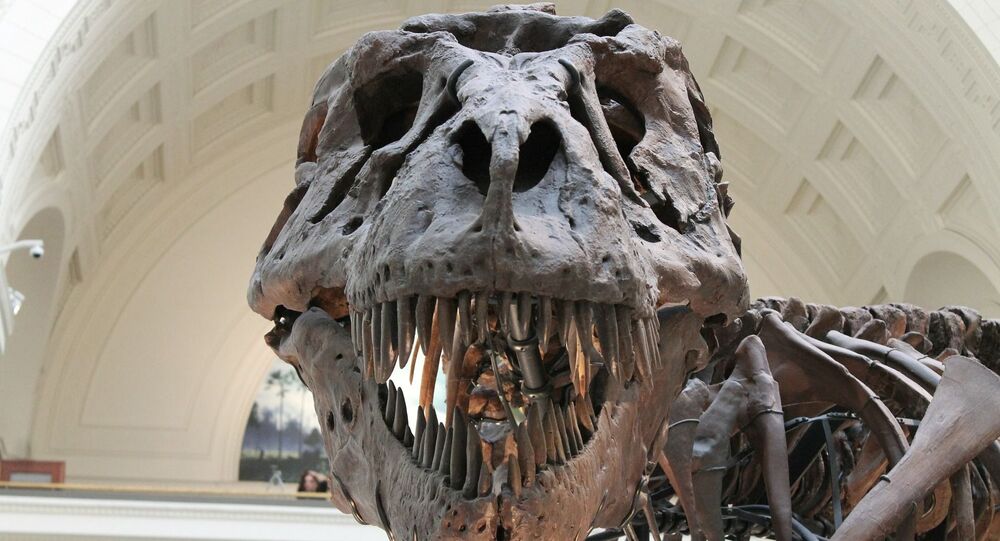 While the breed of dinosaurs in question apparently lived all over the world, the relative fragility of its bones make it problematic for scientists to determine how they traveled between continents.

A small fragment of fossilized dinosaur jawbone has been discovered by scientists in Alaska, granting further insight into the fauna of that region millions of years ago.

According to phys.org, the bone fragment belonged to a "juvenile" dinosaur from the "dromaeosaurid" family of predatory dinosaurs "closely related to birds", some of whose better-known members include Velociraptors, a breed popularized by the movie "Jurassic Park".

As the media outlet points out, while these dinosaurs "lived all over the world", their bones are fairly delicate and "rarely preserve well in the fossil record", thus hampering researchers' efforts to study how they moved between continents.

"If juveniles from these dinosaurs are being found, it means that these animals had to spend a great deal of time mating and nesting in these sites," paleontologist Anthony Fiorillo, chief curator of the Perot Museum of Nature and Science and co-author of the study, said as quoted by CNN. "A young chick for these small dinosaurs could probably not migrate long distance, giving indirect indication that these animals were probably perennial residents of the ancient Arctic."

He also noted that, years ago, following the first discovery of a dinosaur presence "in the far north", there was a "great debate as to whether or not those Arctic dinosaurs migrated or lived in the north year round".

"This study of a predatory dinosaur jaw from a baby provides the first physical proof that at least some dinosaurs not only lived in the far north, but they thrived there", Fiorillo remarked. "One might even say, our study shows that the ancient north was a great place to raise a family and now we have to figure out why."