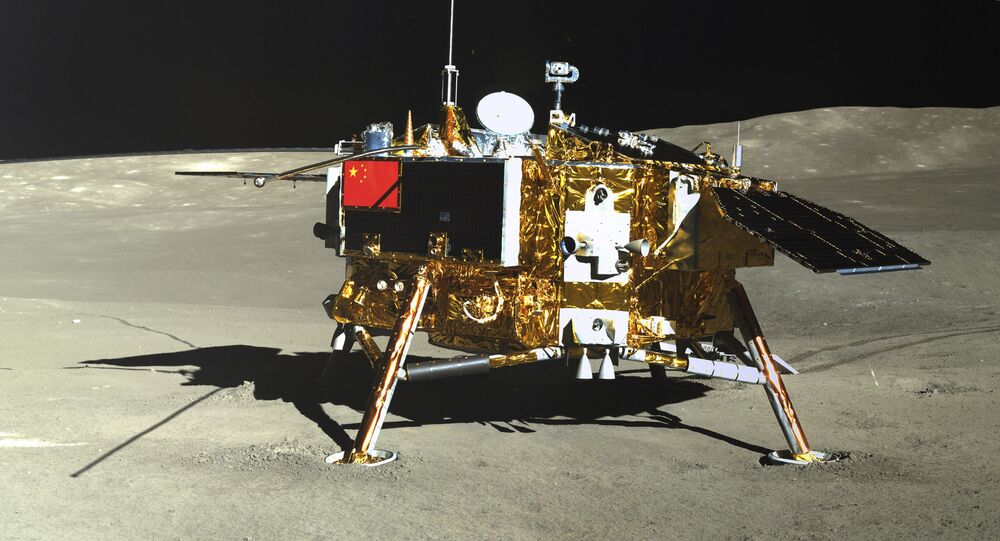 Despite the substance in question being described as "gel-like" shortly after its discovery, new research suggests that it is likely a rock after all.

Chinese scientists have revealed the analysis of a strange substance that the Yutu-2 lunar rover discovered on the moon last year, space.com reports.

The substance's discovery was made in July 2019 during the rover's effort to explore the far side of the moon as part of China's Chang'e-4 mission, with the Chinese-language science outreach publication Our Space announcing these findings on 17 August that year, using a term that can be translated as “gel-like” to describe the substance.

Having analyzed the data supplied by the rover's panoramic and hazard avoidance cameras, as well as by its Visible and Near-Infrared Spectrometer (VNIS) instrument, the researchers reportedly describe the substance as "a dark greenish and glistening impact melt breccia" - a type of rock composed of broken fragments of minerals cemented together - "measuring 20 inches by 6 inches (52 by 16 centimeters)".

The research also states that the breccia "was formed by impact-generated welding, cementing and agglutinating of lunar regolith and breccia", and resembles the lunar impact melt breccia samples that were retrieved by NASA's Apollo missions.

The media outlet points out, however, that the aforementioned results are not definitive, as the researchers note that the analysis was limited by factors such as VNIS measurements being taken under "bad illumination conditions".