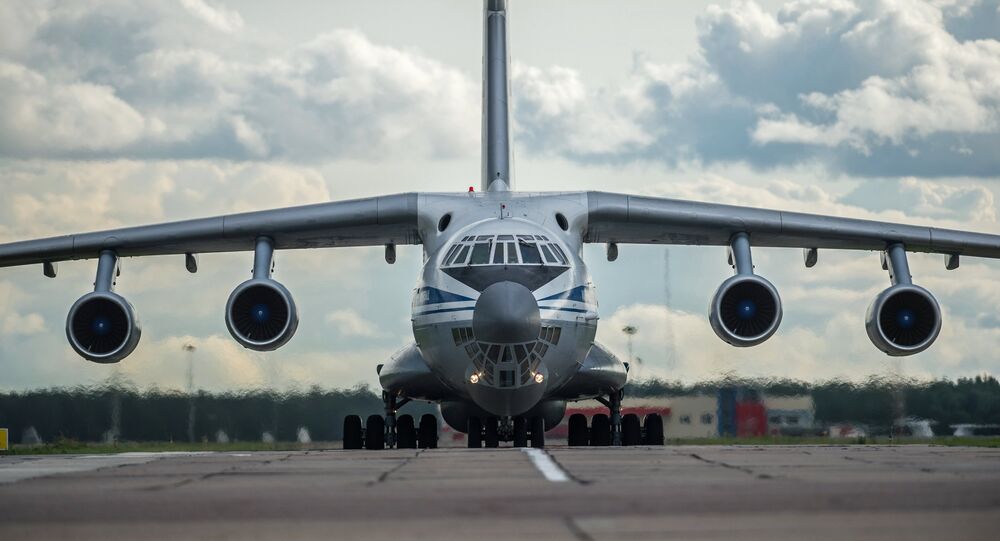 The new tool is expected to be followed up by simulators of other military and civilian planes, including Iran’s stock of Lockheed P-3 Orion anti-submarine and maritime surveillance aircraft delivered to the country prior to the Iranian Revolution of 1979.

In a ceremony in Tehran on Monday, Air Force Commander Brig. Gen. Aziz Nasirzadeh unveiled the simulator, calling it a “major step” and boasting that the Islamic Republic now has the capability to produce such devices independently.

“Iran’s Air Force has many aircraft made by Western and Eastern blocs and also has simulators of 90 percent of these aircraft that are mainly produced by the force’s experts,” Nasirzadeh was quoted as saying.

Mehdi Dabbagh, the chief of the Iranian Air Force’s Research Center, confirmed at the event that simulators for the F-7, F-4E, Sukhoi Su-24 and Mikoyan MiG-29 planes have been created, with plans to produce a simulator for Iran’s indigenously produced F-5-bsed Kosar fighter jet soon.

The Il-76 simulator features a full-size flight cockpit, curved display screens, and hydraulic systems underneath to simulate a full range of motion during flight. The computers and operating systems used to operate the system are not immediately clear. Photos of the system can be found here.

Serving as the workhorse of Russian military aviation, the Il-76 heavy duty strategic airlifter was first introduced into the Soviet air force in the mid-1970s, and upgraded repeatedly and exported to dozens of countries around the world for both military and civilian use. Iran’s Air Force operates a total of 15 Il-76s, with the Revolutionary Guards Air Force flying two more. In its primary cargo plane role, the Il-76 can carry over 40,000 kg, and is armed with two rear-facing cannons for protection. One of the plane’s most touted features is its ability to take off and land in rough conditions including situations where runways are virtually nonexistent and are substituted by flat dirt fields.

Drop It Like It's Hot! Russian BMD-4M Combat Vehicles Descend From Il-76 Plane