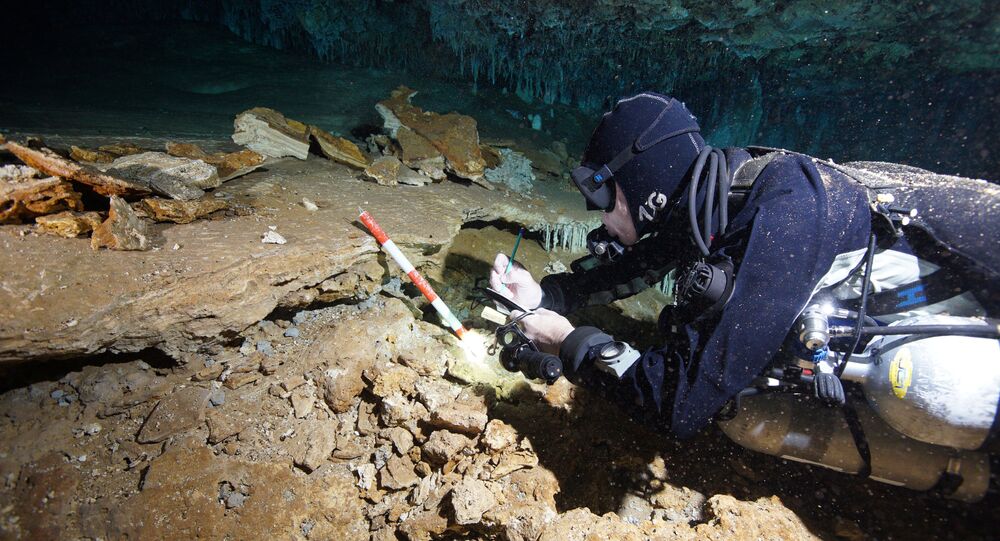 An international team of researchers and divers has discovered red ochre mines in submerged caves on Mexico’s Yucatan Peninsula, according to their study published by the journal Science Advances on Friday.

In previous years, scientists found human skeletons in the caves but failed to understand what ancient people were doing there. The caves were finally abandoned and became submerged about 8,000 years ago amid rising sea levels after the last Ice Age.

“Here, we announce the discovery of the first subterranean ochre mine of the Paleoindian age found in the Americas, offering compelling evidence for mining in three cave systems on the eastern Yucatan” about 12,000 years ago, the research pointed out, suggesting that it is the oldest known ochre mine in the area.

Study lead author Brandi MacDonald from the University of Missouri, for his part, touted the discovery as “remarkable”, citing “the preservation of the [human] mining activity” as well as its age and duration.

"We rarely, if ever, get to observe such clear evidence of ochre pigment mining of Paleoindian age in North America, so to get to explore and interpret this is an incredible opportunity for us. Our study reinforces the notion that ochre has long been an important material throughout human history”, he emphasised.

According to him, “with all the tools left as they were 10,000 to 12,000 years ago, it represents a unique learning opportunity”.

Another research co-author, Sam Meacham, said that “it is pretty electrifying to be the first people to enter into an area that has not seen humans for thousands of years and to see what they left behind”.

With the scientists still uncertain how the ochre could be used, evidence from other parts of North America indicate that the mineral might have been applied as an antiseptic or for symbolic purposes such as funerals and art decoration.