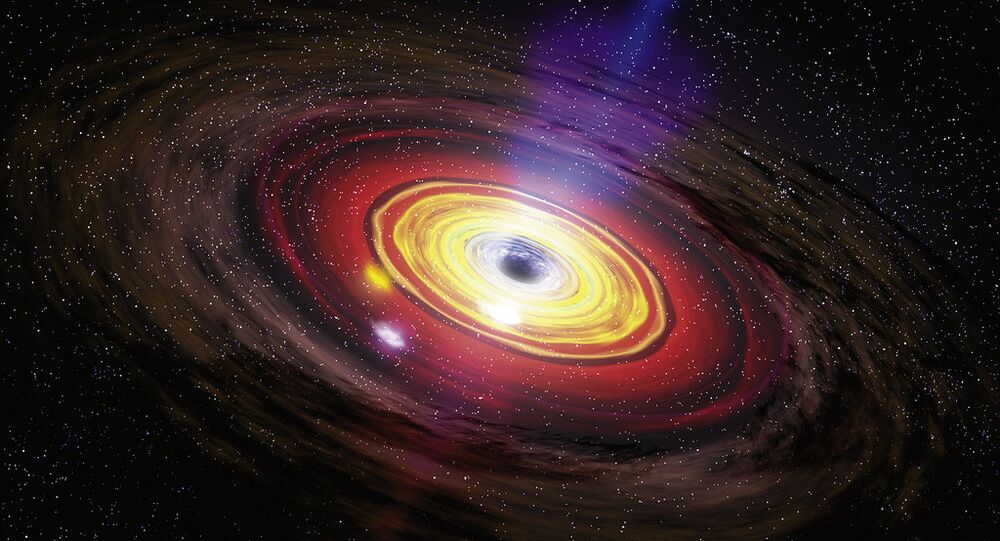 The largest black hole known to astronomers is Abell 85, which has a mass 40 billion times that of our sun. However, scientists now say that it might have a real competitor.

Astronomers have calculated the size of a supermassive black hole, which turned out to be 34 billion times the mass of the Sun and “the most luminous” quasar ever detected,  a study published by the Monthly Notices of the Royal Astronomical Society revealed.

The black hole, named J2157, was firstly discovered in 2018 by researchers from the Australian National University, however, the extent of its mass was unknown.

“We knew we were onto a very massive black hole when we realised its fast growth rate”, said Dr Fuyan Bian, an astronomer at the European Southern Observatory (ESO) said, as quoted by the Daily Mail.

“How much black holes can swallow depends on how much mass they already have”, the scientist added. “So, for this one to be devouring matter at such a high rate, we thought it could become a new record holder. And now we know”, he added.

The calculations were made with a help of ESO's large telescope located in Chile. The observations helped scientists to conclude that the black star’s stark luminosity could be explained by its size.

J2157 is said to be daily consuming material equivalent to our entire sun and is around 8,000 times bigger than the black hole in the centre of our own Milky Way. Our own supermassive black hole is estimated to be only around four million times the mass of our sun and is located 26,000 light-years from the Solar System.

© CC0
Right in the 'Mass Gap': Mysterious Object Reportedly Found in Space While Merging With Black Hole
The 34-billion solar mass giant is, however, located billions of light years away. So far, researchers have only been able to view it at a tenth of its current age, when it was just 1.2 billion years old.

The quasar, which is a type of supermassive black hole surrounded by an accretion disk consisting of gas, is still not the biggest one ever detected. The Abell 85 black hole, located within the Holm 15A galaxy, which is 700 million-light years away from our planet, is believed to have a mass of 40 billion of our suns. According to astronomers, it appeared as a result of two galaxies and their black holes merging together.