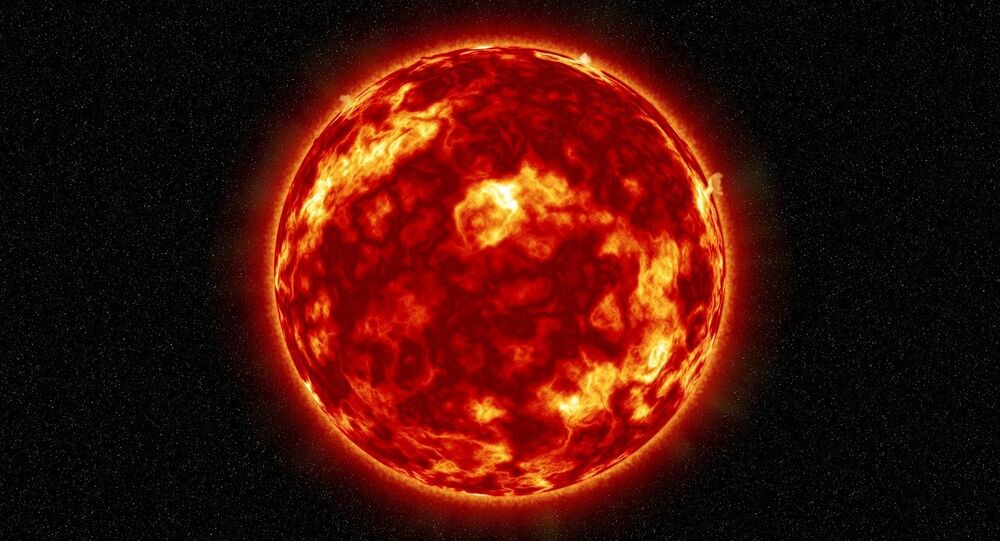 The perpetual motion of the surface of the Sun generates huge tornados in its atmospheric layer, which, similar to their namesakes on Earth, present a swirling vortex of mass and energy, and are studied by scientists seeking to unravel the mystery behind the extraordinary heating of the solar corona.

Groundbreaking observational evidence that giant tornadoes registered in the atmosphere of our Sun are produced by swirling magnetic fields has been provided by a new study, writes Phys.org.

A team of collaborators from the Italian National Institute for Astrophysics (INAF), the University of Warwick and the Italian Space Agency (ASI) reached their conclusions after making the first direct measurements of the magnetic field in the chromosphere of the sun. The chromosphere is an atmospheric layer named after the red colour visible to us during total solar eclipses.

The study, “Unveiling the magnetic nature of chromospheric vortices”, accepted for publishing in the Astronomy & Astrophysics journal, details how the team achieved the first three-dimensional tomography of magnetic fields inside a solar tornado. The scientists also measured the faint polarimetric signals of the swirling mass and energy.

The study was made possible thanks to measurements taken with the INAF IBIS instrument (Interferometric Bidimensional Spectrometer) at the Dunn Solar Telescope (DST) in New Mexico (US).

Here's a pic of the observatory that houses the Dunn Solar Telescope. tower is 136' high & extends 238' below grnd pic.twitter.com/bv5SH2khzh

​Underscoring the breakthrough nature of the study, a member of the research team Dr. Juie Shetye from the Centre for Fusion, Space and Astrophysics at the University of Warwick said:

"Direct measurements of the magnetic field in the chromosphere of the sun has so far been elusive and this study is opening the door to a new era of solar research”.

As rotational motion is manifest in nature, seen in river vortexes tornados and cyclones, on the scale of the Universe rotation is registered in vortices in the atmosphere of Jupiter, and in spiral galaxies.

The motions of the Sun’s surface trigger powerful tornados - a few thousand kilometers in diameter - in the chromosphere.

Scientists study these tornados as energy channels that could explain the driving force behind the solar corona’s remarkable heating.

Solar tornados are built of magnetic fields in the sun's chromosphere that are notoriously challenging to measure.

The new research is a trailblazer in this respect, as it represents the first direct observation of the chromosphere magnetic field to probe the magnetic nature of solar tornados.

Dr. Erwin Verwichte of the University of Warwick said that sophisticated analytical methods were used to investigate the fundamental nature of the magnetic waves.

"These chromospheric tornados are natural laboratories for studying the propagation of waves and the energy they carry into the corona. Our study reveals that phase patterns of sound waves in the tornado can mimic rotation and need to be accounted for when measuring the strength of solar tornados."

According to the scientists, a collaboration from various INAF institutes and Universities is working to update the Interferometric Bidimensional Spectrometer so that it might be further utilized for new, enhanced-resolution observations of the sun's atmosphere to “advance understanding of the physical processes underlying the solar activity and space weather."

Video: Partial Solar Eclipse Visible in the Sky Over Tehran