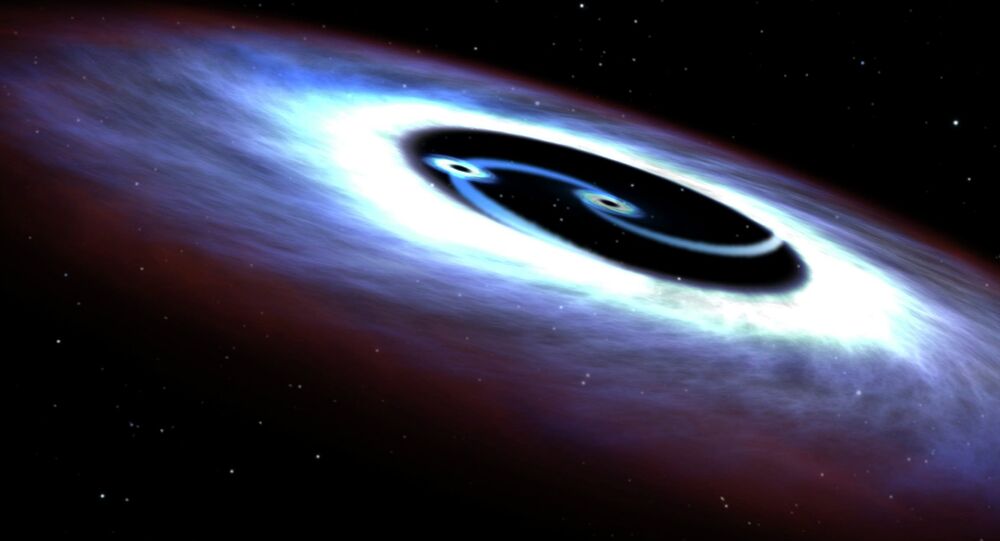 Quasars are the most energetic objects in the universe and emit tremendous amounts of energy as they are powered by supermassive black holes that, in turn, are surrounded by accretion disks that they feed off.

An international team of scientists has discovered the most massive quasar known in the early universe, which contains a monster supermassive black hole with a weight equivalent to 1.5 solar masses. It was formally dubbed J1007+2115, but since it was discovered via telescopes on the mountain Mauna Kea in Hawaii, the scientists decided to give it a Hawaiian name - Poniuaena, which means "unseen spinning source of creation, surrounded with brilliance".

Poniuaena is the most distant quasar that has been observed and hence the earliest known object in the universe. It takes light emitted by it 13.02 billion years to reach the Earth, which means its journey started about 700 million years after the Big Bang.

Another fascinating detail that puzzled scientists is the size of the supermassive black hole that the quasar contains. Researchers say the discovery presents a big challenge to the theory of the formation of black holes, as scientists don’t know how such a humongous one materialised when the universe was in its earliest days.

"It's the earliest monster of this kind that we know of. The time was too short for it to grow from a small black hole to the enormous size we see”, said Jinyi Yang, a postdoctoral research associate at the University of Arizona's Steward Observatory and lead author of the study.

According to the current theory, stars and galaxies, as well as supermassive black holes, formed during the Epoch of Reionisation about 400 million years after the Big Bang. It lasted just a hundred million years, a blink of an eye in space terms. The researchers say the discovery of Poniuaena will shed light on the processes that occurred during this period.

"This quasar looks like it was detected right at the mid-point of that period and the fact that we can observe these objects helps us refine what happened during that period”, said Xiaohui Fan, a co-author of the study, Regents' professor, and associate head of the Arizona Department of Astronomy.