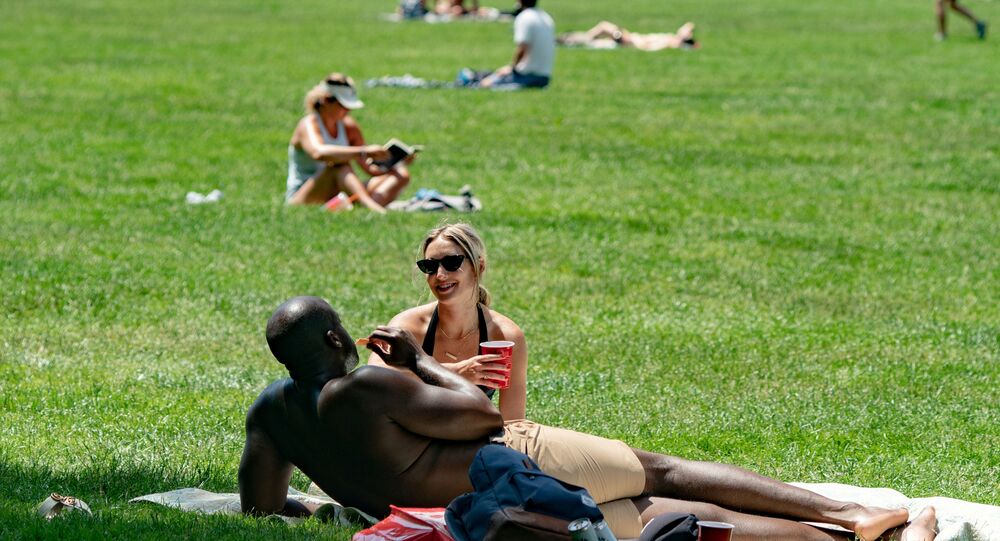 Spending more time in the sun or installing some ultraviolet lights may be incredibly useful acts during the COVID-19 pandemic, according to SARS-CoV-2-prevention research on the efficacy of ultraviolet B (UVB) and far-ultraviolet C (UVC) light in killing the novel coronavirus.

A study published in Photochemistry and Photobiology on June 5 determined that solar ultraviolet radiation, or UVB rays, can kill SARS-CoV-2, the virus that causes COVID-19, in some 30 minutes.

Researchers noted that their data led them to determine “that SARS‐CoV‐2 should be inactivated relatively fast (faster than influenza A) during summer in many populous cities of the world.”

“Sunlight should have a role in the occurrence, spread rate, and duration of coronavirus pandemics,” the article asserted.

"If COVID-19 is not stopped this summer [because states] opened up, then the progression of [the disease] into winter will be rather bad," Jose‐Luis Sagripanti, co-author of the study, said to UPI.

Another study, completed at Columbia University Irving Medical Center and published on June 24, found that exposure to far-UVC light, a safe ultraviolet light, can kill 99.9% of seasonal coronaviruses found in airborne droplets.

While this particular study dealt with seasonal coronaviruses, researchers highlighted that preliminary data suggests the light would be just as effective at killing SARS-CoV-2.

“Since SARS-CoV-2 is largely spread via droplets and aerosols that are coughed and sneezed into the air, it’s important to have a tool that can safely inactivate the virus while it’s in the air, particularly while people are around,” noted study lead Dr. David Brenner, director of the Center for Radiological Research at Columbia University Irving Medical Center.

“Because it’s safe to use in occupied spaces like hospitals, buses, planes, trains, train stations, schools, restaurants, offices, theaters, gyms, and anywhere that people gather indoors, far-UVC light could be used in combination with other measures, like wearing face masks and washing hands, to limit the transmission of SARS-CoV-2 and other viruses.”

Researchers involved in both studies noted that getting out of the house and being more active will at least benefit one’s immune system and assist the body in synthesizing necessary vitamin D via sunlight exposure.

Dr. Anthony Amoroso, chief of the Division of Infectious Diseases at the University of Maryland School of Medicine, told UPI that “governmental public health measures need to be more scientific in approaches, and ignoring more and more data showing seasonality to SARS-CoV2 is not helping.”

"Waiting to reopen universities and schools until the fall is absolutely counterproductive and more likely to fail versus using the summertime to proceed with gradual reopening and getting people out of doors into UV light as best we can," Amoroso argued.

As of this article’s publication, the US has obtained more than 29.2 million novel coronavirus test results, and more than 2.4 million people have tested positive for COVID-19, according to Johns Hopkins’ dashboard. A total of 125,796 novel coronavirus-related deaths have occurred in the US since the pandemic began.

The scientists did not say if they studied US President Donald Trump’s suggestion floated during an April 23 press conference after Department of Homeland Security Science and Technology Directorate chief William Bryan mentioned the summer sun could potentially speed up the virus’ demise.

"I see the disinfectant that knocks it out in a minute, one minute. And is there a way we can do something like that by injection inside or almost a cleaning?" Trump told reporters, noting a similar thing might be possible for sunlight. "As you see, it gets in the lungs, it does a tremendous number on the lungs, so it would be interesting to check that."

Black Shall Not Pass? African-Americans Vanish From Brand Images, but Flood Media Covers