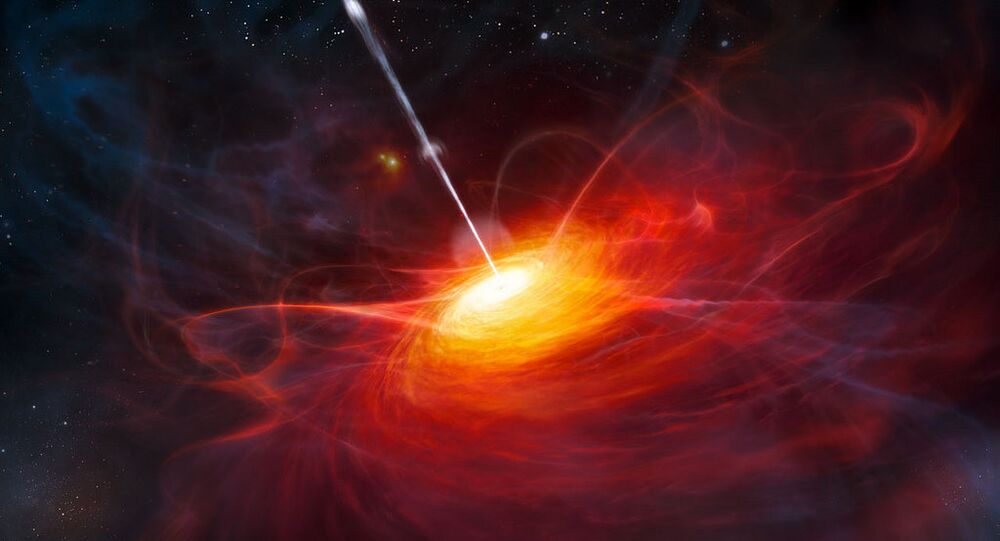 A group of astronomers in South Africa have made a rare find: a dying radio galaxy, which once housed a massive black hole.

Radio galaxies are some of the most luminous objects in the universe. The brightest are called quasars and blazars, as gases swirling around the massive black hole at the center of such a galaxy spews out colossal amounts of energy. However, they’re as rare as they are energetic, and radio galaxies past their prime are the rarest.

A group of South African astronomers announced their discovery of another one of these remnant radio galaxies in a paper published on arXiv.org on June 17 and accepted for publication by the Monthly Notices of the Royal Astronomical Society.

The discovery was made using the Giant Metrewave Radio Telescope (GMRT) Observatory, located near Pune in western India.

According to the paper, the new galaxy, J1615+5452, is more than 300,000 light-years across - three times the size of our Milky Way - but lacks the centralized, energetic core typical of such galaxies, which are driven by supermassive black holes gobbling up as much dust and gas as they can and spewing huge fountains of energy out into space.

“While the source has a diffuse radio emission at low frequencies, we do not find evidence of core, jets or hotspots,” the paper notes. “Such morphological properties coupled with a curved radio spectrum suggest that the AGN [active galactic nucleus] fueling mechanisms undergo a shortage of energy supply which is typical of a dying radio AGN.”

According to Phys.org, radio galaxies live hot and fast lives, astronomically speaking: they burn out after some 100 million years. However, they are comparatively harder to spot after that, and studying the late phase of a radio galaxy is just as important as studying the active phase.

The scientists estimate the galaxy is about 76 million years old and has been fading for about 23 million years.