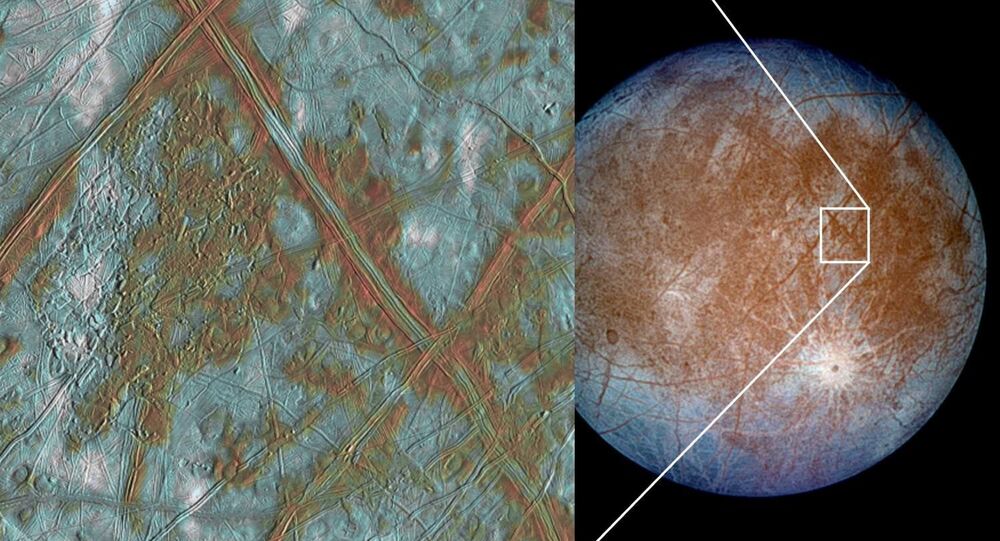 While it's a riddle about whether or not life is harboured in the depths of cosmic bodies other than Earth, researchers are looking forward to NASA’s Europa mission. It is already destined to go down in history given multiple promising theories about life-sustaining liquids on Jupiter’s legendary moon.

The findings presented at the 2020 Goldschmidt Conference which are yet to be peer-reviewed, indicate that Jupiter's moon Europa could possibly be a life-bearing location. The researchers arrived at curious estimates suggesting that processes such as radioactive decay or tidal forces could have brought about sufficient heat to allow for liquid water on the icy moon, where surface temperatures never exceed about -140 degrees Celsius (-225 degrees Fahrenheit).

The scrutiny of the locally observed radioactive decay led the scientists to believe that the moon might harbour life resembling that in the teeming ecosystems around Earth’s hydrothermal vents  - in the cold, murky depths of the ocean, volcanic vents seep heat into the waters around them. Hence life is built there on chemosynthesis, harnessing chemical energy rather than solar energy to produce food.

The bulk of the new research, which came around as NASA famously started preparing to launch a mission to Europa in 2024, was primarily focused on finding where the liquid could have originated. The survey suggests it was bound up in water-bearing minerals that were broken down by the heat of radioactive decay, tidal interactions with Jupiter, or a combination of both physical processes.

"We were able to model the composition and physical properties of the core, silicate layer, and ocean", Melwani Daswani recounted further explaining:

"We find that different minerals lose water and volatiles at different depths and temperatures. We added up these volatiles that are estimated to have been lost from the interior, and found that they are consistent with the current ocean's predicted mass, meaning that they are probably present in the ocean", the scientists concluded.

The survey adds to an earlier one that found that Europa is rather salty, raising hopes that the moon’s oceans could likely resemble those found on Earth.

The researchers' simulation also managed to model the composition of the moon’s ocean and how it potentially changes with time, assuming that it probably started out mildly acidic, like Earth's, with marked concentrations of carbon dioxide, sulfate, and calcium.

"Indeed it was thought that this ocean could still be rather sulphuric, but our simulations, coupled with data from the Hubble Space Telescope, showing chloride on Europa's surface, suggest that the water most likely became chloride rich", Melwani Daswani explained, further summing up that its build-up could have become more like oceans on our planet, and therefore potentially habitable.

The researchers are now planning to investigate if there are other conditions there that could sustain life. For instance, the venting of plumes from Europa's surface signals that the moon is geologically active, its dance with Jupiter and moons Io and Ganymede causing interior stresses that could be uphold the ocean water's liquid state.

Although there is no certainty about volcanic activity on the moon, researchers believe that with a high degree of likelihood, Europa is “one of our best chances of finding life in our Solar System".

The drawn-up models are set to come in especially handy throughout NASA's Europa Clipper mission that will launch in the next few years, “and so our work aims to prepare for the mission, which will investigate Europa's habitability", Melwani Daswani said.

The simulation may also well be expanded to study other moons such as Europa's neighbour Ganymede, and Saturn's moon Titan, with the latter expected to have similarly formed oceans.

Titanium, Aluminium Oxides Could Be Pouring Down on Supermassive Hot Jupiters, Study Reveals