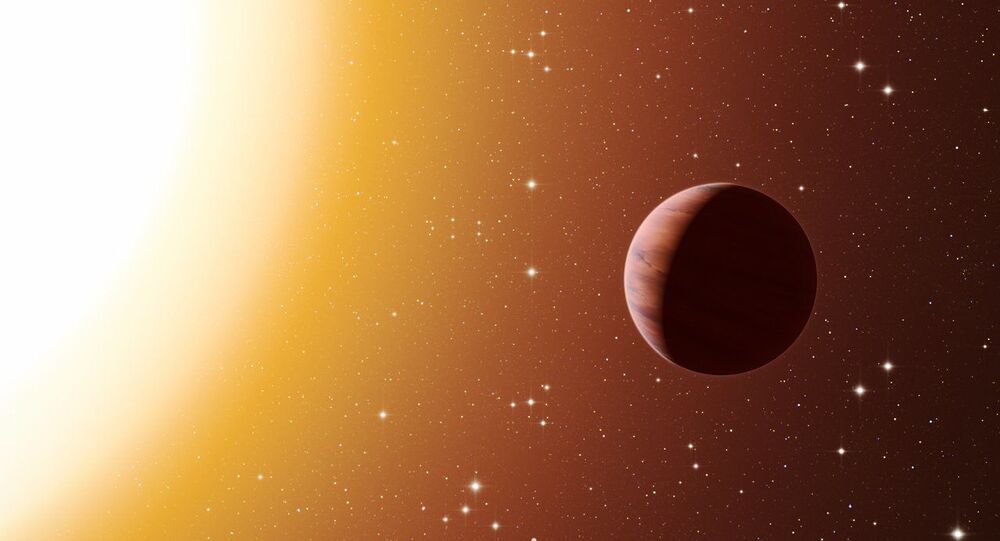 Hot Jupiters are a class of exo-giants located outside of our solar system with a relatively short orbital distance. Most of the hot Jupiters previously discovered by astronomers have been older than one billion years.

The youngest transiting hot Jupiter was discovered by researchers orbiting HIP 67522 star, a study published by the Astronomical Journal revealed. The exoplanet, dubbed HIP 67522 b, is believed to be younger than 17 million years and about 10 times bigger in diameter than our Earth.

Hot Jupiters are gas giants which are similar to our solar system’s Jupiter but with a significantly shorter orbital distance due to their close proximity to their parent stars. HIP 67522 b orbits its home star in about seven days, but for some exo-giants this process can take less than 20 hours.

Despite a staggering discovery which was made with the help of NASA's Transiting Exoplanet Survey Satellite (TESS) using a so-called “transit method”, scientists still remain puzzled by patterns of “migrating” behaviour among hot Jupiters.

Right now, astronomers believe that gas giants are unlikely to get formed so close to their parent stars, as most of their constituent materials would  evaporate, although this still remains debated.

This suggests then that hot Jupiters could have migrated from their initial formation sites. Exoplanets thus move towards their parent star either in the early history of their formation or, according to another hypothesis, much later, under the influence of other planets. As the case with HIP 67522 b has demonstrated, the last assumption was not applicable in relation to this exoplanet.

© Photo : ESO/L. Calcada
Colour of Exoplanets May Reveal Whether They Are Habitable, New Study Claims
“Scientists would like to know if there is a dominant mechanism that forms most hot Jupiters,” said an astrophysicist from NASA's Jet Propulsion Laboratory, Yasuhiro Hasegawa, as quoted by Phys.org portal. “In the community right now there is no clear consensus about which formation hypothesis is most important for reproducing the population we have observed. The discovery of this young hot Jupiter is exciting, but it's only a hint at the answer. To solve the mystery, we will need more.”

A series of follow-up studies will now be conducted by astronomers which would hopefully shed some more light on the history behind the giant’s formation.