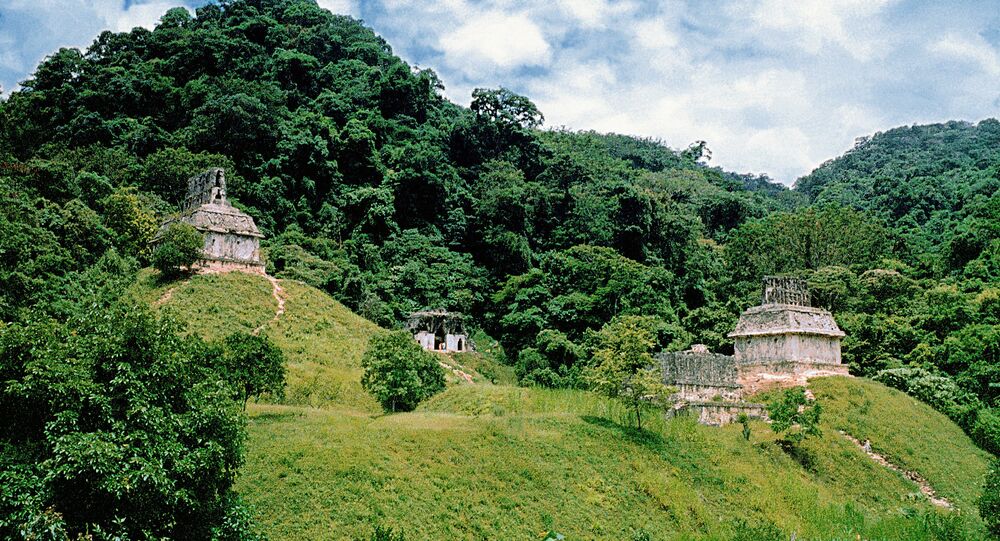 Scientists studying the history of the Maya people have adhered to the theory that the ancient civilization evolved gradually, starting with small villages emerging during the Middle Preclassic period, and only progressing to more monumental structures at a later date.

A team of scientists have conducted a spate of excavations, supported by airborne mapping at a previously unknown site in Mexico, called Aguada Fénix, to reveal a raised ceremonial structure made of clay, which they claim is the oldest and largest known of all structures built by the ancient Maya people.

​The structure was constructed from around 1000 B.C. to 800 B.C., according to a study, led by archeologist Takeshi Inomata of the University of Arizona in Tucson and his colleagues, and entitled “Monumental architecture at Aguada Fénix and the rise of Maya civilization”. A report on the findings was published in Nature on 3 June.

The site is located in part on Rancho Fénix (Phoenix Ranch) in Tabasco, Mexico, at the western edge of the Maya lowlands.

Due to the presence of artificial reservoirs, called aguadas, in the area, the researchers dubbed the site Aguada Fénix.

Researchers estimated this platform took 3.2 million to 4.3 million cubic meters of earth and clay to create.

Nine causeways radiate from the platform, with the longest these stretching 6.3 kilometers.

The oldest and the largest monument built during the #Maya civilization has recently been discovered in southern #Mexico. The monument at the archaeological site of Aguada Fénix is a huge raised platform and looks like an artificial plateau itself. https://t.co/tYRIeo8OQ8

​The causeways suggest the platform "is just the central precinct of a very, very, very large place," Thomas Guderjan, president of the Maya Research Program, who did not take part in this research, was quoted as saying.

As for the purpose of the platform, the team of scientists believes it was “used for rituals involving lots of people." This is borne out by artifacts such as jade axes the researchers found at the site. After approximately 800 B.C., Aguada Fénix and nearby sites were abandoned by the Maya.

The discovery of the grandiose ceremonial structure, roughly 1.4 kilometers long, 400 meters wide and 10 to 15 meters high, raises questions regarding both the size and timing of large settlements in Central America.

The research also feeds into recent evidence also uncovered by Inomata’s team that disputes the theory that Maya society developed gradually from small villages to urban centers with pyramids and other massive buildings – a theory earlier suggested by some scientists.

​A structure similar to the one uncovered at Mexico’s Aguada Fénix, only smaller was discovered earlier by the scientists at a Maya site in Guatemala called Ceibal, which dates to 950 B.C.

Evidence of the origins of Maya culture has been discovered at the ancient city of Ceibal—first occupied around 1,000 B.C.—in what is now Guatemala. #FBFhttps://t.co/QWnRA5QfLg pic.twitter.com/6Y0RsIYhpF

​Some scientists have contended that Maya cities and kingdoms of the so-called Classic period didn’t begin to flourish in parts of southern Mexico and Central America until around A.D. 250 to 900.

The architectural legacy of the Maya people is best characterized by the pyramid temples and ornate palaces built in Maya centres from El Tajin in the north to Copan in the south across Mesoamerica.

Maya Pyramid: The Maya, another dominant civilization of Mesoamerica, made temple-pyramids the glorious centers of their great stone cities. pic.twitter.com/ApQzW2HoMA

Pyramids were used not only as temples for Maya religious practices, with offerings made to the gods, but also as gigantic tombs for deceased rulers, sacrificial victims, and precious goods.

When the Ancient Maya meet #SciFi!

This photo is of the tops of Pyramids 1 and 2 sticking out above the Jungle canopy from the Maya city Tikal. Does it look familiar? Have you seen this view before? 1/5 pic.twitter.com/oOBk4ZrC8S

The recent study is touted as further proof of the effective use in archeology of the airborne remote-sensing technique called light detection and ranging, or lidar, used to create a 3D map of the surface below.

The technique, which uses laser pulses to collect data on the contours of land covered in jungle and vegetation, is particularly promising for use in heavily forested regions.

The method has already helped uncover other lost ruins at the Maya city of Tikal in Guatemala and a vast network connecting ancient cities of Southeast Asia’s Khmer Empire.

​Looking ahead, Inomata and his colleagues hope to learn more about how people at the Aguada Fénix site transitioned from a mobile lifestyle rooted in hunting and fishing to more sedentary life built around growing maize.

"But finding residential areas of mobile people is a challenge, particularly in the tropical area," said Inomata, adding that other giant platforms from the ancient Maya likely await discovery.