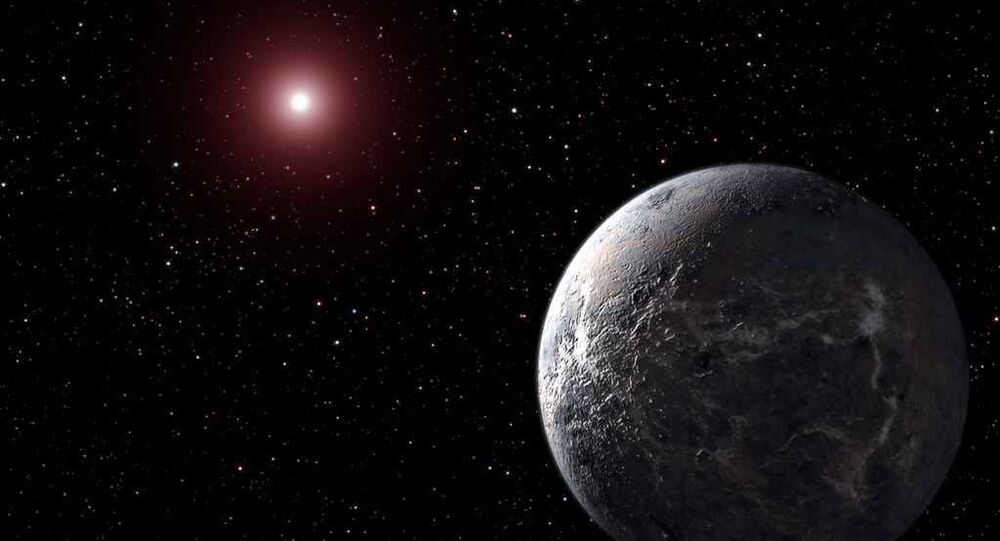 The scientists pointed out that the very same dust that might help life thrive on a planet's surface also obscures possible life signs.

A new study conducted by researchers from the UK's Met Office, the University of Exeter and the University of East Anglia postulates that exoplanets which contain significant amounts of airborne mineral dust may have a greater chance of harbouring life, space.com reports.

According to the media outlet, the research team set their sights on M-dwarf planets that "orbit close to cooler stars smaller than our sun", and which usually do so with one side permanently facing the star they're orbiting while another side is permanently facing away.

During the course of their research, the scientists concluded that the presence of dust on such planets might help regulate the temperature on their surface, cooling their "day" sides and warming up their "night" sides.

"On Earth and Mars, dust storms have both cooling and warming effects on the surface, with the cooling effect typically winning out," said Ian Boutle, lead author of the study. "But these 'synchronized orbit' planets are very different. Here, the dark sides of these planets are in perpetual night, and the warming effect wins out, whereas on the dayside, the cooling effect wins out. The effect is to moderate the temperature extremes, thus making the planet more habitable".

The researchers noted, however, that the dust also "obscures our ability to find signs of life on these planets", as study co-author Manoj Joshi put it.

The scientists' findings were published in the Nature Communications journal on 9 June.