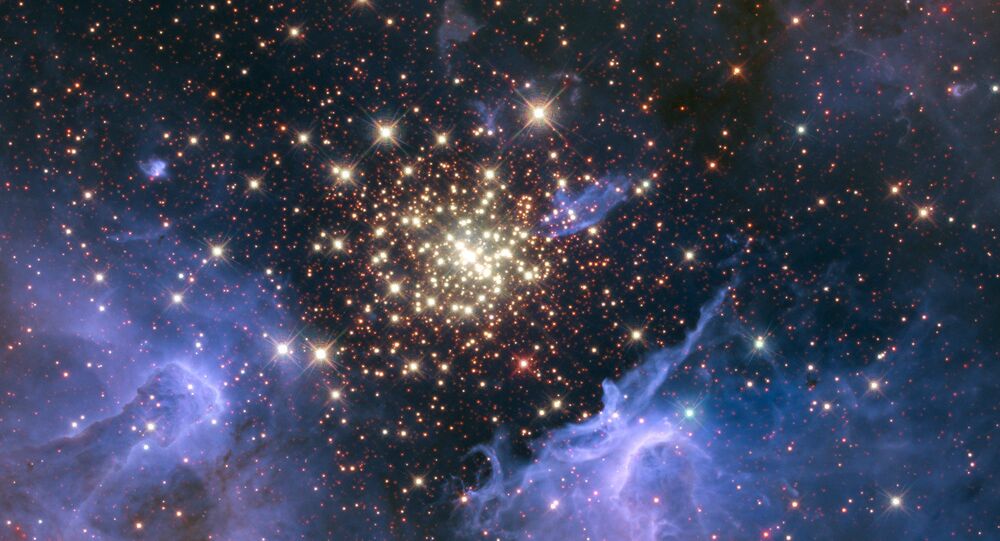 First Generation of Stars Did Not Appear When Universe Formed, Scientists Say

It is believed that the first generation of stars were very heavy and hot with a unique composition of hydrogen, helium, and lithium. Researchers believe that these stars may have started the production of heavier elements that are responsible for the formation of planets.

A team of scientists from the European Space Agency said their study on the first generation of stars ended unsuccessfully, with the team unable to find them. According to the findings of the research, which will be published in an upcoming issue of the journal Monthly Notices of the Royal Astronomical Society, the scientists discovered no signs of Population III stars in galaxies that existed 500 million to 1 billion years after the Big Bang, the event that it is believed to have formed the universe.

To "travel back in time", the scientists studied distant galaxies using data from the Hubble Space Telescope as well as NASA's Spitzer Space Telescope and the ground-based Very Large Telescope of the European Southern Observatory as well as a phenomenon called "gravitational lensing". The researchers used galaxies in the foreground as a magnifying glass to examine more distant and incredibly faint galaxies. It takes between 12.8 to 13.3 billion years for light from these galaxies to reach the Earth. This means that they contain a lot of information about the universe and that the scientists hoped could shed light on their predecessors that shined billions of years ago.

However, according to the study’s lead author Rachana Bhatawdekar, all attempts to find signs of Population III stars were unsuccessful. "We found no evidence of these first-generation Population III stars in this cosmic time interval. These results have profound astrophysical consequences as they show that galaxies must have formed much earlier than we thought".

The scientists hope that the James Webb Telescope, the successor of Hubble which is capable of observing the most distant events and objects in the universe, will help them in their search for Population III stars. The $9 billion project is being developed jointly by NASA and its partners, the Canadian and European Space Agencies.