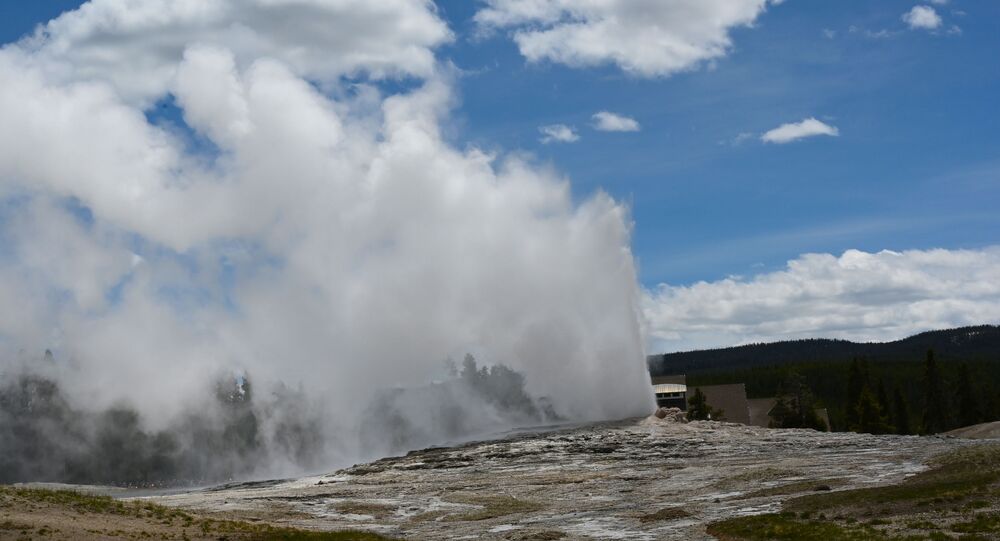 It is now understood that the rate of massive eruptions in Yellowstone has decreased significantly, meaning that another eruption is unlikely in the near future.

Geologists have discovered two previously unknown super-eruptions in Yellowstone, including what is thought to be the most powerful eruption in its history. They say the timing of those calamities means the hotspot may actually be calming down.

Researchers from Britain’s University of Leicester and University of California–Santa Cruz have studied volcanic deposits spread across tens of thousands of square kilometres, which were previously thought to be the remnants of multiple smaller eruptions.

Those deposits were in fact left by two previously unknown super-eruptions about 9.0 and 8.7 million years ago, according to their study, published in the journal Geology this week.

The lead author of the study, Thomas Knott of the University of Leicester, said that the younger event is now considered the most powerful super-eruption in Yellowstone’s history and one of the five largest eruptions of all time.

That cataclysm, said Grey’s Landing, was powerful enough to cover an area of about 22,800 square kilometres – around the size of New Jersey – in volcanic material, Knott said.

“The Grey's Landing eruption covered an area the size of New Jersey in searing-hot volcanic glass that instantly sterilised the land surface. Particulates would have choked the stratosphere, raining fine ash over the entire United States and gradually encompassing the globe,” he added.

Yellowstone sits atop the remnants of a super-volcano, which is still active and last erupted 650,000 years ago. Magma brewing deep under the Earth’s surface produces heat and volcanic gases that power the park’s famous hot springs, geysers and fumaroles.

Yellowstone is one of the most seismically active places in the United States, with 1,000 to 3,000 earthquakes recorded there each year. Most, however, are so weak they can be detected only by GPS stations but are not felt by people.

There were almost 300 earthquakes recorded in the area last month, the largest with a 3.1 magnitude. The world’s tallest active geyser in the world, Steamboat, continues to be active, according to the US Geological Survey, which recorded five water eruptions last month, bringing the year’s total to 17.

However, the new survey says, volcanism in Yellowstone appears to be waning. Taking into account the newly-discovered eruptions, there were six super-eruptions during the Miocene, a period spanning from 23 to 5.3 million years ago. They occurred around 500,000 years apart from each other, on average.

That rate has slowed down as time has passed, scientists said, with just two super-eruptions recorded in the region within the past three million years.

“It therefore seems that the Yellowstone hotspot has experienced a three-fold decrease in its capacity to produce super-eruption events,” said Knott. "This is a very significant decline.”

Another super-eruption could spell disaster for America; it could be expected to kill 90,000 people immediately and release a 3-meter layer of molten ash as far as 1,600 kilometres from the park.

Knott believes that, according to his estimates, another eruption of this scale will not occur in the next 900,000 years. He adds, however, that this figure is not exact and that the region should be monitored continuously.

The most recent update by the US Geological Survey maintained the danger level as “green/normal”.