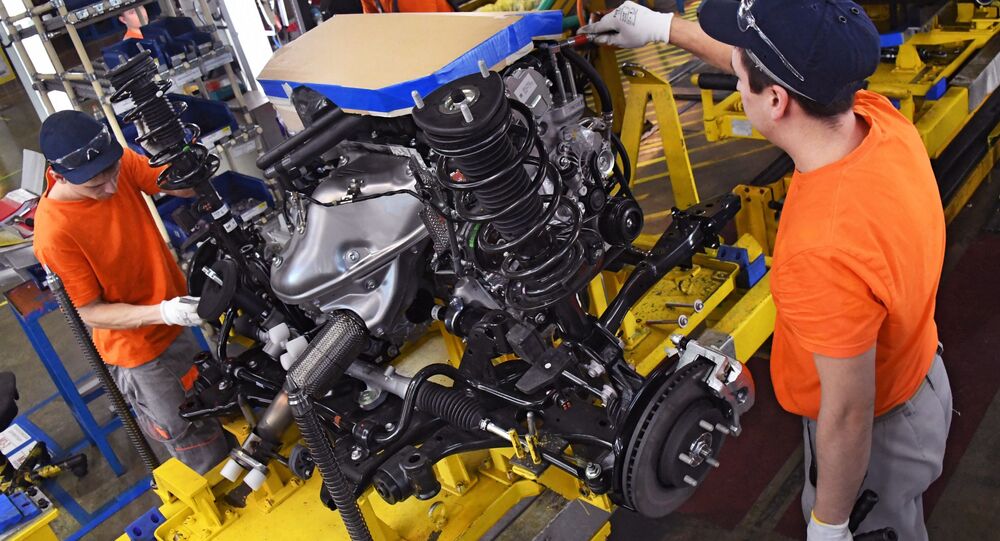 Scientists from the Chelyabinsk-based South Ural State University discovered a method of improving the handling of smart car shock absorbers, using a neural network to make the ride more comfortable.

The results of the study were published in the peer-reviewed open-access scientific journal Energies.
Nowadays many car owners choose cars with adjustable suspension, which adapts to any type of road surface. Adaptive suspension shock absorbers allow you to significantly improve the running smoothness of the vehicle, its comfort, as well as steerability, composure, and safety.

Today, the focus trend of scientific research is active shock absorbers. They are designed with an energy source, which helps them to eliminate unwanted vertical body movements during driving.

However, the existing designs of control systems of adaptive shock absorbers, according to scientists, do not allow the full realisation of their potential due to the use of simplified control algorithms based on idealised mathematical models.

SUSU scientists during the study have discovered how to improve the quality of adaptive shock absorbers of the adjustable suspension of the car using an artificial neural network.

“The active shock absorber is a complex technical system with essentially nonlinear performance, which has the hysteresis property or simply “delayed response” to changing conditions. Complexity in control of active shock absorbers lies in the fact that the same required values of forces can be achieved by the impact on the actuator elements different in nature”, SUSU Transport Department Head, Professor Yuri Rozhdestvenskiy told Sputnik.

Scientists presented an algorithm of active shock absorber control based on an artificial neural network. Using neural networks, it is possible to simulate any complex object with the accuracy depending on the choice of network structure and its training. This allows these networks to be applied in a wide range of applications, including control systems.

Training of the neural network was carried out using a large amount of experimental data covering different modes of shock absorber operation. The current state of the shock absorber depends not only on external actuators but also on its previous states. Researchers have chosen the structure of the neural network with time delay, which can "memorize" the sequence of input signals, and thus reduce control errors.

“In the presented algorithm, the neural network is combined with Proportional Integral Derivative (PID) controllers, which were set up by modern evolutionary algorithms. The results of the algorithm's work during the development of standard and extreme operating modes of the shock absorber, as well as part of a complex control system of adaptive suspension, show the high efficiency of the proposed solution”, Assistant of the Department of Automobile Transport of SUSU's Automobile and Tractor Faculty, Alexander Alyukov told Sputnik.

The active shock absorbers consume a lot of energy, so they are best suited for the suspension of electric and hybrid cars, the researchers conclude. Currently, a team of scientists is continuing research on adaptive vehicle suspensions with colleagues from the world's leading research laboratories and universities in the US, Germany and Spain under the guidance of Professor Anatoliy Dubrovskiy of SUSU Motor Transport Faculty.