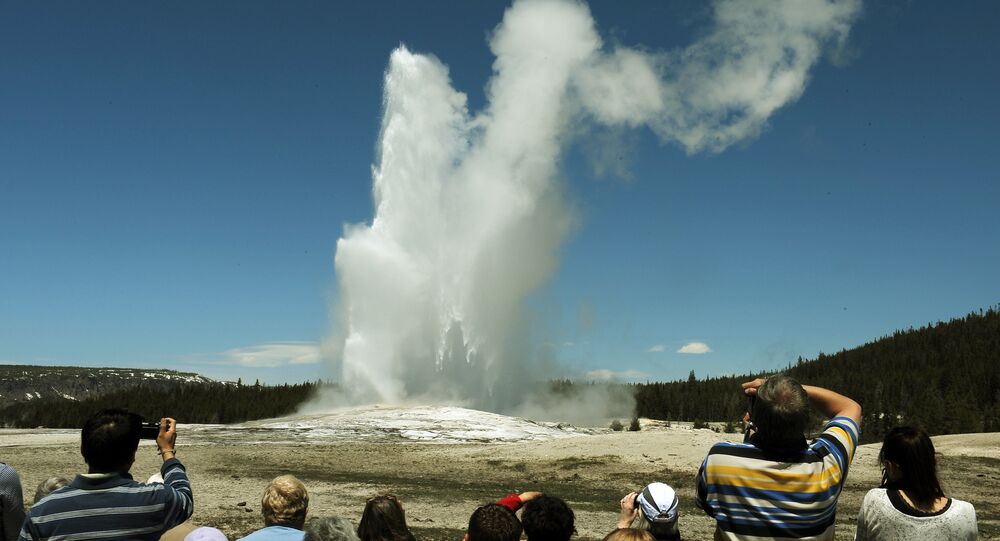 The 3,472 square mile park known for its wildlife and geothermal features, sits on a supervolcano, which if it erupts may cause devastation on Earth and even change the planet’s climate.

Eleven earthquakes occurred in 24 hours in an area close to Yellowstone National Park last week with the strongest one measuring 3.1 on Richter scale, according to the US Geological Survey. The other quakes in West Yellowstone in Montana ranged between 1.6 to 3.1 on the scale and were almost three miles deep. According to website Earthquake Track, which has been monitoring tremors worldwide since 1990, the same area saw 34 earthquakes in the past 30 days.

Such an abundance tremors is not unusual as Yellowstone National Park is one of the most seismically active areas in the United States, with approximately 700 to 3,000 earthquakes occurring there each year. However, most of them are not felt.

Quakes usually occur in swarms – close together in time and space. "This phenomenon is related to transport of volcanic fluids along the many small fractures in the shallow rocks over the magma, a pattern that has been noted in volcanoes around the world", according to the park.

Yellowstone National Park also sits on a supervolcano – Yellowstone Caldera – which scientists say last erupted about 640,000 years ago. Chances are slim that the supervolcano will "speak" again in the near future, but scientists say the eruption would be devastating for life on Earth. Ash would spread for thousands of miles, posing a major risk to crops and gases released during eruption could lead to acid rain and also global cooling.