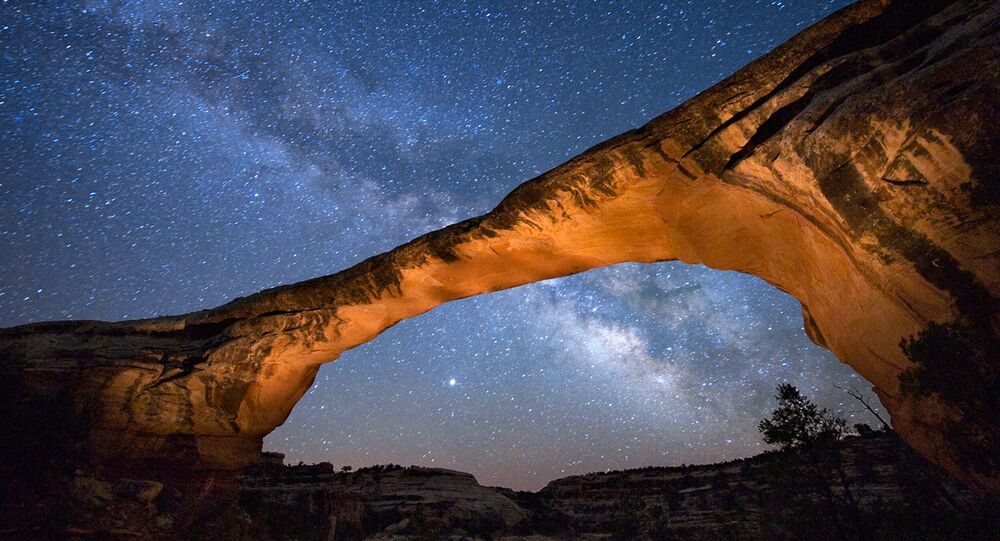 The signal has been mapped as originating amid the mass of forever-rotating radio spots forming around a gigantic black hole in our galaxy.

In a recent ground-breaking discovery, Keio University researchers have detected a previously-unnoticed signal that they assume is chaotically coming from the supermassive black hole at the heart of the Milky Way.

The signal reportedly originated where the accretion disk around the black hole flares up and gives off extremely rapidly-rotating radio spots, according to research published in April in The Astrophysical Journal Letters, which credited the Atacama Large Millimetre/submillimetre Array (ALMA) with the discovery.

The lead author of the study, Yuhei Iwata, praised the effort saying that "this time, using ALMA, we obtained high-quality data of radio-wave intensity variation of Sgr A* for 10 days, 70 minutes per day" before going on to report the finding of "two trends: quasi-periodic variations with a typical time scale of 30 minutes and hour-long slow variations".

The fluctuations, as has been suggested, likely come from the dizzying rotation of gas around the surface of the black hole - something that arguably accounts for the difficulty in detecting the signals.

In a parallel branch of research, scientists, who have been digging into the so-called fast radio bursts (FRB) coming from deep space, have recently come to believe that the distinct signals detected by Canada-based CHIME telescopes among other equipment, could be explained by a series of "natural phenomena" - plus the popular alien theory. They linked the exceptional brightness of the flare-ups to a great amount of strain inside magnetars and pulsars. The researchers acknowledged that the magnetic field is so powerful that "it's literally trying to reshape the star", something prevented by gravity.