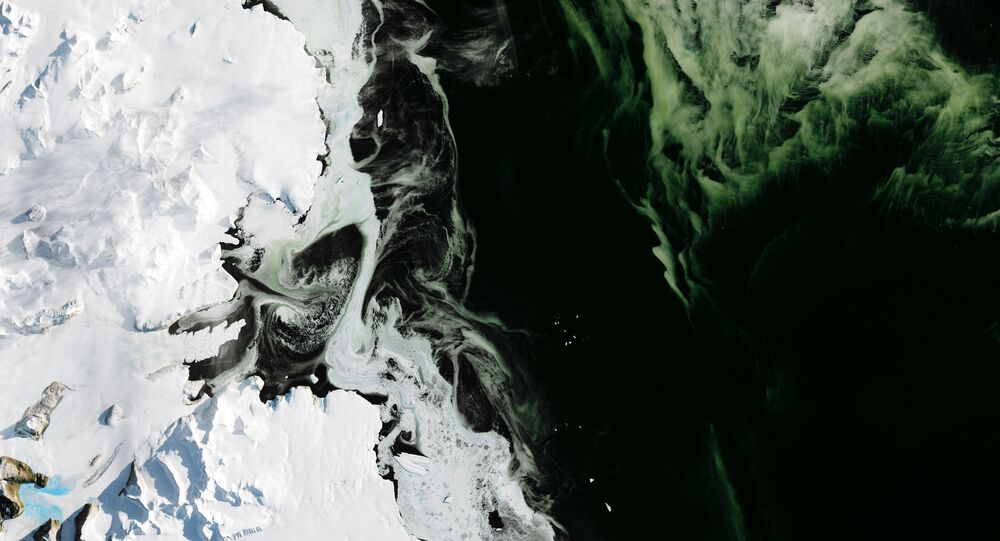 The rise of the global temperatures has had a dramatic effect on our planet’s polar regions, which are warming up faster than other parts of the Earth; the secondary effects of this distressing phenomenon can be quite visible.

Antarctica is changing colour as “green snow” caused by blooming algae is extensively forming and spreading throughout the region as a result of rising temperatures, a new study published by Nature Communications revealed.

The team of researchers from the University of Cambridge, the British Antarctic Survey and the University of Edinburgh combined satellite images and data from on-the-ground campaigns to create a map of extent of algae blooms on the continent.

They detected 1,679 separate green algae blooms jointly covering a surface of around 1.95 square kilometres, while concluding that the majority of these blooms are located within five kilometres of penguin colonies, likely due to the fact that birds’ excrement serve as a great provider of nitrogen and phosphates for the plants.

“A lot of people think Antarctica is just snow and penguins. In fact when you look around the fringe there is a lot of plant life”, Matthew Davey, one of the paper’s author from Cambridge's Department of Plant Sciences, told AFP.

Scientists in our Dept with BAS have created the first ever large-scale map of microscopic algae and results indicate that this ‘green snow’ is likely to spread as global temps increase https://t.co/dhcbJp4yxm @scienceisnotfun @homesmith9 @monas_nivalis@BAS_News pic.twitter.com/qwiHwIFpDs

“Even though the numbers are relatively small on a global scale, in Antarctica, where you have such a small amount of plant life, that amount of biomass is highly significant,” the researcher added.

Algae is a general term for aquatic organisms that are able to conduct photosynthesis and absorb carbon dioxide from the air, and according to scientists, its presence in Antarctica absorbs an equivalent to 875,000 average petrol car journeys in the UK every year. The scientists, however, don’t think that this makes any huge difference in relation to current state of carbon emissions in the world.

“That seems a lot but in terms of the global carbon budget, it’s insignificant”, Davey explained to Reuters. “It does take up carbon from the atmosphere but it won’t make any serious dent in the amount of carbon dioxide being put in the atmosphere at the moment.”

With the rise of global temperatures, the plant colonisation of the Antarctic Peninsula is likely to increase by three times, the scientists argue. However, as the snow melts, the continent will probably experience a shift from blooms on small low-lying green islands to larger algae colonies, thus leading to a significant increase in the organisms’ biomass.