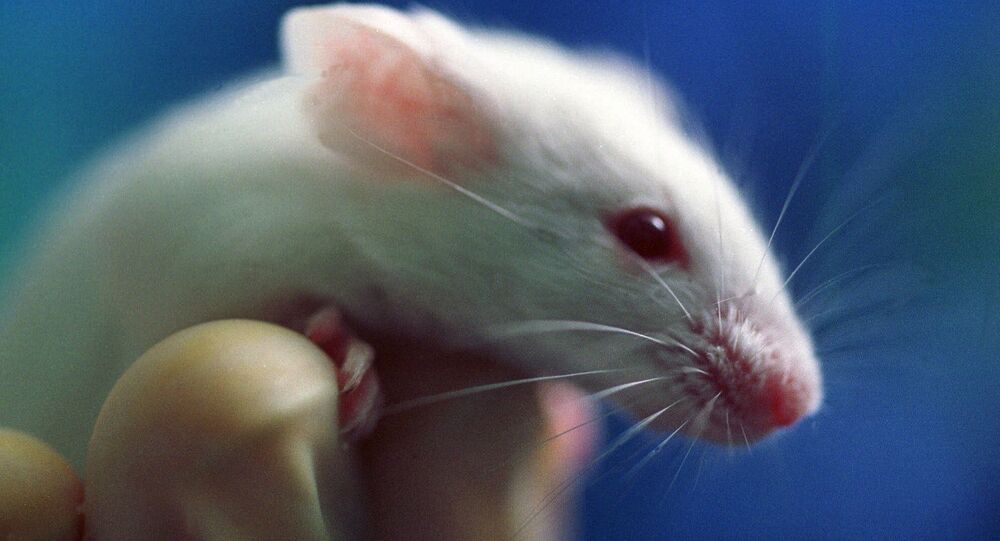 The ability to grow replacement organs has been a priority of medical research for decades. Scientists are now working on potentially growing body parts in animals by merging their embryos with stem cells.

Scientists have successfully created a hybrid 'chimera' embryo, merging human and mouse cells, in the most significant advance in the field to date.

Researchers at the State University of New York (SUNY) at Buffalo successfully combined stem cells from humans with embryonic mouse cells, in a project that could lead to future organ harvesting for animal-to-human transplants.

The team successfully conducted the experiment by temporarily deactivating the mTOR protein in the human cells, which are responsible for regulating cell growth.

​After several hours with the protein deactivated, the human stem cells revert to a 'naïve' state, their earliest form of development with the widest potential range to grow organs or tissue.

According to a report by Science Advances magazine, cells at this stage increase the possibility of successful integration with the mouse embryo cells.

Between 10 and 12 batches of these 'naïve' human stem cells were injected into mouse embryos which were then left to develop for 17 days. The embryos that formed turned out to have between 0.1- and four-percent human cells.

"You put the same human cells in a mouse embryo, [and] they go fast", SUNY Buffalo's Jian Feng told Science News. "In 17 days, you get all these mature cells that would otherwise take months to get in a normal human embryo".

The parts of the embryo most abundant with humans cells were red blood cells, as well as eye cells, heart and liver tissue, and the brain. No human cells were found in the reproductive organs, however, which negates any potential worry of the chimera's reproducing.

The 0.1-4 percent proportion of human cells achieved by Feng and his team could be enough to move on to larger animals with similar-sized organs, such as pigs or sheep. Feng noted, however, that his team lacks sufficient resources to conduct experiments with larger animals.

The researcher also suspects that even if organs could be grown in large animals, they would be too mixed to be suitable for a transplant into a human.

Despite proposed benefits, Feng urged scientists to discuss the ethics of producing embryos of mixed-species chimeras.

In 2019, Chinese researchers created over 4,000 pig embryos that had been injected with human stem cells, two of which survived and were eventually born, before dying 2 weeks later.

Douglas Munoz of Queen's University in Kingston, Canada feared that these attempts could be unpredictable on an ethical level for many researchers.

"For us to start to manipulate life functions in this kind of way without fully knowing how to turn it off, or stop it if something goes awry really scares me", he said in December 2019.

Why is West Spreading Rumours About China's 'Hybrid Warfare'?

'It's a Zonkey!': 'Highly Unusual' Animal Hybrid Born to a Zebra in Kenya