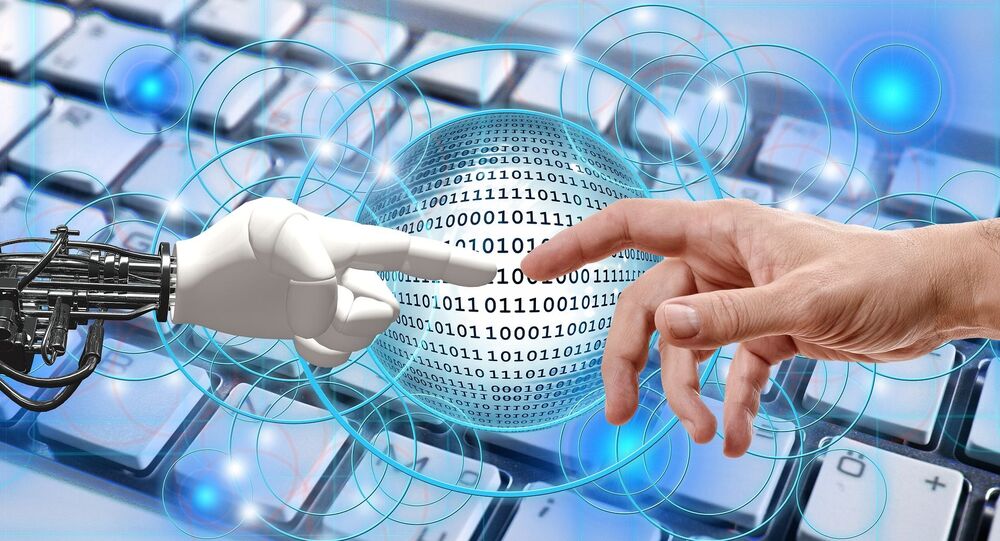 Engineers at Tomsk Polytechnic University (TPU) have proposed and patented a new method for the ultrasonic automated non-destructive quality control of large parts. The research authors say this solution minimises the use of fluids during examinations, which makes the process much simpler and cheaper, according to the university’s press service.

Two approaches are common in industrial robotic ultrasonic parts testing: full immersion (immersing parts into water or another immersion fluid) and local immersion through the creation of a coupling with a fluid or through a stream of water under pressure.

TPU scientists suggested using an alternative approach: a contact method of robotic control. It uses a small amount of liquid, which can be quickly removed from the part. This makes it possible to carry out the robotic ultrasound imaging of large industrial objects. It can be used for products from water-filled composites, which can’t be tested with traditional immersive control methods.

This is a single-channel ultrasonic flaw detector, Dmitry Sednev, head of the TPU international scientific and educational laboratory for non-destructive testing, said.

“Similar devices are already used to create automated ultrasonic control systems, and ultrasound imaging scanners operating in immersion. We have used a simple analogy: we needed a device used in contact with a controlled object, similar to those used for ultrasonic examinations of the human body, but suitable for automated control of large-sized complex-shaped objects. For this, we have developed a wear-resistant and reliable structure that allows for stable acoustic contact and its use with the robot-equipped manipulator,” he said.

According to him, the laboratory engineers have designed a structure with built-in channels for supplying and collecting liquid. This was possible with the help of additive technology. At the same time studies were carried out and a material was selected that ensures the smoothing of the surface irregularities of the controlled product as well as the introduction of acoustic waves without attenuation.

The scientists have also developed a material that provides protection against abrasion and allows for a stable spot of contact with the surface of the controlled product. The prototype was successfully tested and proved to be effective at the level of contact ultrasonic flaw detection, which is already in wide use industrially.

In the future, researchers plan to create a prototype of such a device for multi-element matrix acoustic arrays; they have applied to take part in a competition of scientific projects as part of TPU’s development programme.

To do this, engineers have to solve a number of problems, such as considering the multiple re-reflections of acoustic waves inside the device, choosing the optimal design for forming the radiation pattern of the transducer, and developing damping systems.

The team has experience in creating and implementing immersion ultrasound tomography systems based on multichannel ultrasonic flaw detectors. Moreover, according to the authors, using multi-element sensors or phased antenna arrays in combination with the device developed will become the most advanced ultrasonic flaw detection method.

TPU scientists are ready to create a new class of systems: real-time robotic ultrasound tomographs. This will allow for quality control in unmanned plants and meets the challenges of switching to Industry 4.0 technologies.