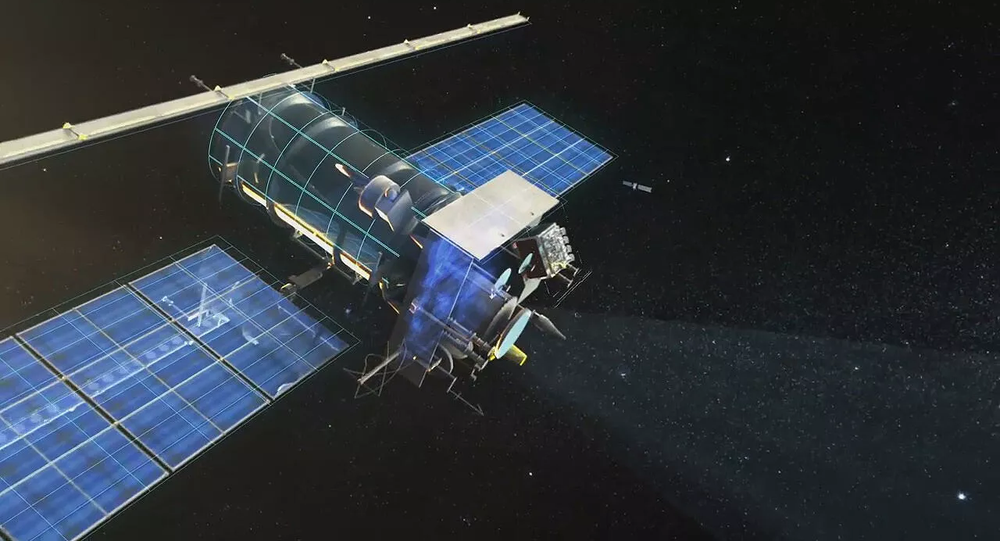 The Meteor series of weather observation satellites was first developed in the 1970s, and continuously upgraded and revamped in the decades since to monitor atmospheric and sea surface temperature, cloud and snow cover, sea ice conditions, humidity, radiation conditions in near space and the state of the ozone layer.

Russia’s Meteor-M No.2-2, which was struck by a micrometeoroid in December, has come back online and resumed its normal operations, a Roscosmos spokesman has confirmed to Sputnik.

According to the spokesman, the information being received by the satellite is being used to resolve its set objectives, including the provision of hydrometeorological informational content to consumers at the federal and regional levels.

The troubled satellite, which was launched from the Vostochny spaceport in July 2019 aboard a Soyuz rocket, lost contact with Earth-based systems on December 18, just 11 days after being put into operation, after being struck by a hunk of space rock, suffering decompression to its thermal control system.

Ground control was able to regain contact with the satellite and maneuver it back to its normal orbit and orientation in late December, and it was switched to sleep mode to conserve power before being brought back online.

Russia has a total of three Meteor-M series satellites in orbit, with the No.1-2 unit’s meteorological data-gathering equipment completing its mission in 2014, but additional scientific equipment on board continuing to function as normal. One Meteor-M satellite was lost in 2017 due to a launch failure.