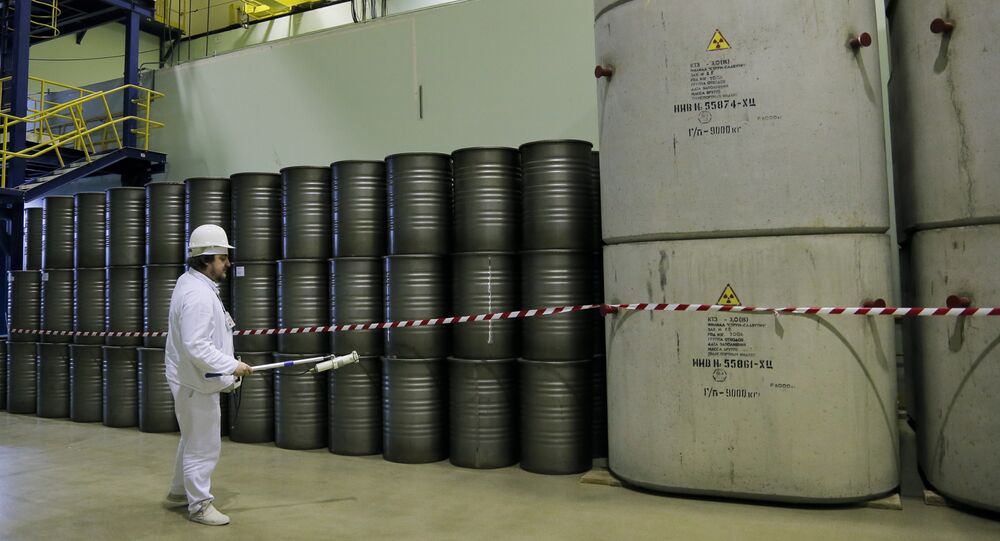 The research could have revolutionary implications for the materials sciences, while liquidating hundreds of thousands of tonnes of otherwise dangerous toxic waste and creating a closed loop in the production of materials for the nuclear cycle.

Scientists from the Peter the Great St. Petersburg Polytechnial University (SPbPU) have created what they say is a viable commercial means to process depleted uranium hexafluoride (DUF6), a compound used in uranium enrichment. The method turns the waste material it into hydrogen fluoride, a valuable chemical compound used in the production of materials including aluminum, refrigerants and gasoline, among other things.

As a major power in nuclear energy, and one of the world’s nuclear superpowers, Russia has accumulated as much as one million tonnes of the highly toxic DUF6 over many decades, and up to now, no effective technologies for its processing have been created, with the waste materials instead stored in metal containers at special facilities, a costly proposition.

© Sputnik / Ruslan Krivobok
Work on a fuel cassette of the nuclear power reactor at the Novosibirsk Chemical Concentrates Plant, a TVEL subsidiary

But the waste contains a potentially valuable raw material – fluorine, a chemical element, compounds of which are used for steelmaking, aluminum refining, refrigerants, electrical insulation and certain pharmaceuticals.

SPbPU scientists believe regenerating the fluorine contained in the waste in the form of hydrogen fluoride and using it for the production of nuclear fuel can reduce costs and effectively create a closed fuel cycle for the creation of fluorine used in nuclear applications.

The system has immense potential, as Russia’s natural reserves of fluorite, the mineral form of calcium fluoride, have been exhausted, and are imported from Mongolia.

Asked to comment on the innovative development, Dr. Dmitry Pashkevich, the project’s lead researcher and professor at the SPbPU’s graduate school of applied mathematics and computational physics, said the system has the potential to solve a whole host of problems in industry, not only commercial and political, but environmental as well.

“With our work we are trying to solve three overarching problems of modern industry,” Dr. Pashkevich explains. “Commercial – expanding the raw materials base for the production of hydrogen fluoride and reducing its cost using man-made raw materials; political – ending dependence on imported fluorite for strategic sectors of Russian industry; and environmental – the cessation of the accumulation and reduction of stocks of toxic fluorine-containing wastes accumulated in the development of the technosphere.”

The system, which has already proved its effectiveness in a pilot project, is being implemented in cooperation with New Chemical Products, a St. Petersburg-based chemicals innovator, and Siberian Chemical Plant, a subsidiary of Rosatom, Russia’s state monopoly corporation in the production of nuclear power.

Scientists are now following up on their work, researching the extraction of hydrogen fluoride from other fluorine-containing raw materials, with a report on this effort expected in December.