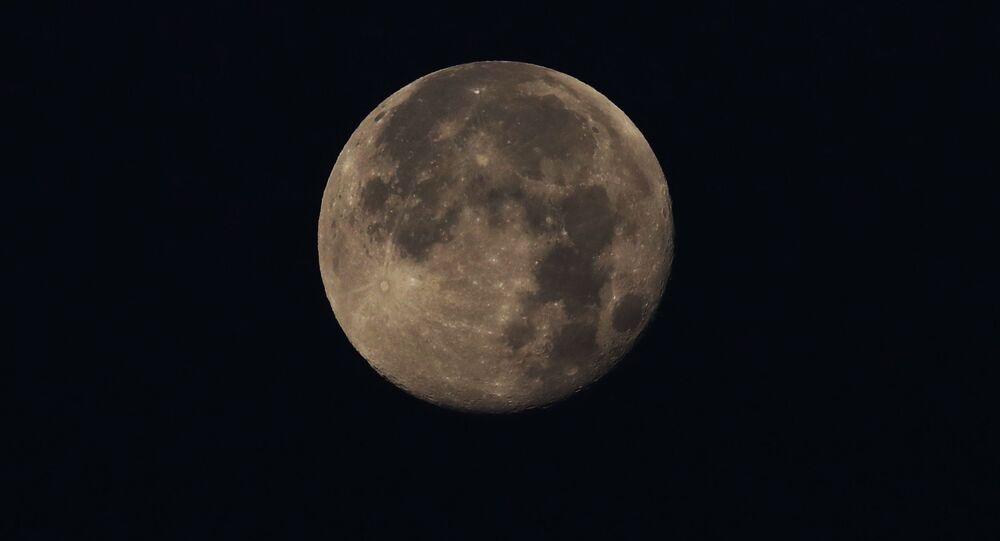 Few could suggest back in 1972 that a space rock brought back from the Apollo 17 mission would shed so much light on the evolution of our only natural satellite, while also hinting on the earliest geological processes taking part on our home planet.

The Moon’s crust was significantly formed under giant meteorite impacts, a new study led by the Royal Ontario Museum and published in Nature Astronomy has revealed. A group of international scientists analysed a lunar rock brought to the Earth back from the Apollo 17 mission in 1972 to conclude, based on the mineralogical evidence it contained, that their object of study was formed at excessively high temperatures, more than 2,300°C, possibly as the result of a large impact event. According to researchers, the moon’s surface melted to then reform into a solid state.

“Rocks on Earth are constantly being recycled, but the Moon doesn't exhibit plate tectonics or volcanism, allowing older rocks to be preserved”, says Dr. Lee White, the postdoctoral research fellow at the Royal Ontario Museum and one of the paper’s authors.

© REUTERS / DADO RUVIC
A woman photographs the Pink Supermoon over mountain Smetovi, during an astronomical event that occurs when the moon is closest to the Earth in its orbit, making it appear much larger and brighter than usual, in Zenica, Bosnia and Herzegovina, April 7, 2020.

“By studying the Moon, we can better understand the earliest history of our planet. If large, super-heated impacts were creating rocks on the Moon, the same process was probably happening here on Earth”, the scientist explained.

According to another researcher involved in the study, Dr. James Darling, the new finding significantly changed the scientists’ understanding of the Moon’s geology, as it revealed that “unimaginably violent impact events helped to build the lunar crust, not only destroy it”.

“Going forward, it is exciting that we now have laboratory tools to help us fully understand their effects on the terrestrial planets”, the isotope geochemist added.

© Sputnik / Maksim Blinov
Full 'Super Flower Moon' Brightens the Night Sky of Paris - Video
The scientists used the so-called “electron backscatter diffraction” technique during their research to conclude that the age of the rock’s grain was more than 4.3 billion years, hinting at the possibility that the large impacts were responsible for forming the surface of the early Moon, which is believed to be 4.51 billion years old. The mixing of our satellite’s inner and outer layers may have therefore been drawn by these meteorite impacts over four billion years ago, the result of which we can still see on its surface today - either with the help of our telescopes or even with the naked eye.
...
Reddit
Google+
Blogger
Pinterest
StumbleUpon
Telegram
WhatsApp
22
Tags:
lunar probe, Apollo, Earth, Moon
Community standardsDiscussion