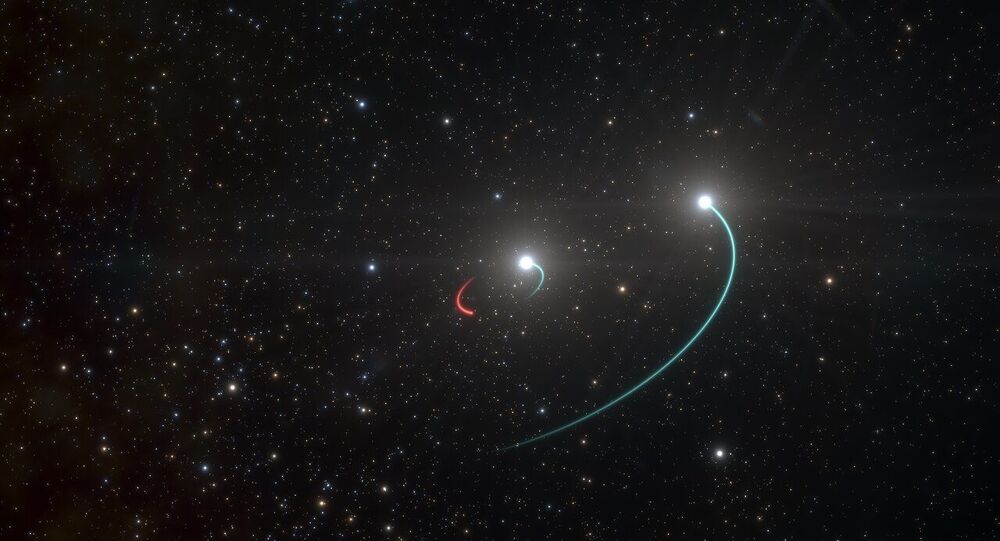 The newly-discovered black hole is the closest to Earth yet known. The reason for it being so dark may be that it is starving because its nearby star "companion" does not emit enough fuel to "feed" it.

A black hole has been discovered just 1,000 light years from Earth, astronomers from European Southern Observatory (ESO) said, cited by the Guardian. The hole was found in a system called HR 6819, in the Telescopium constellation.

What looked like one bright star at first turned out to be two bodies, the second turning out to be a black hole with a mass estimated to be over four times that of our sun, and the closest black hole to Earth yet known.

"We realised that one could not describe what we saw with just two stars", said Dietrich Baade, an emeritus astronomer with ESO and a co-author of the study.

There is a pair of objects, one a black hole and the other its star companion that feeds it gas. However, this particular star is apparently not large enough to emit the necessary amount of gas, so the black hole is said to be "starving", which may be the reason that it is unusually dark.

"This star is not so massive that it loses a lot of gas and therefore the black hole is starving and that makes it so dark", Baade said.

The two newly-discovered stars can be seen with the naked eye. According to Baade, if you take a trip to the southern tip of South America, it will be right overhead.

The discovery could help study an unusual system in the constellation Gemini, called LB-1. This system has previously been suggested to be composed of a star and a tremendously massive black hole, which, as Baade notes, is very similar to HR 6819.

The black hole previously considered to be closest to Earth prior to the discovery of HR 6819 is a binary star system under the name of A0620-00, some 3,000 light years from our planet.

The Great Space Escape: Scientists Learn How Light Can Flee From Black Hole 'Like a Boomerang'