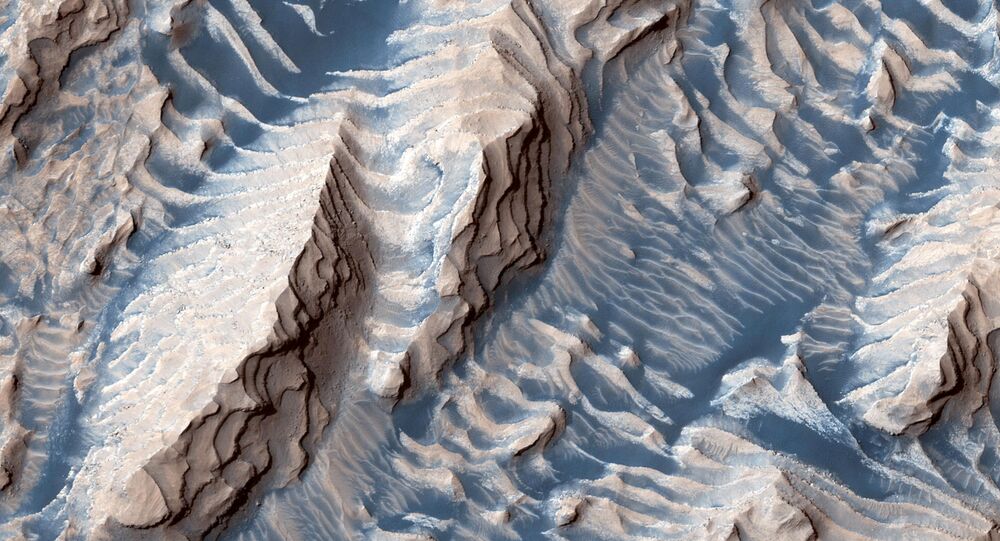 Following on the heels of many investigations into whether Mars may have sustained a significant water presence, a recent study sheds light on when and for how long water existed on the red planet.

A group of international scientists has found evidence of rivers that existed on the surface of Mars some 3.7 billion years ago, a study published on Tuesday in the journal Nature Communications has revealed.

The findings have been made by means of “reading the rocks” from imagery and topography captured by NASA's Mars Reconnaissance Orbiter's HiRISE camera. Researchers studying images of a rim of the Hellas Basin - one of the largest craters in the solar system - in the southern hemisphere of the planet, found evidence of ancient rivers, deltas, channels and a large lake on the Martian surface, suggesting that Mars has had water in the past.

“It is not like reading a newspaper, but the extremely high resolution imagery allowed us to 'read' the rocks as if you are standing very close to the cliff," said Francesco Salese, study author and geologist at Utrecht University in The Netherlands and senior scientist at the International Research School of Planetary Sciences, cited by CNN. “Unfortunately we don't have the ability to climb, to look at the finer-scale details, but the striking similarities to sedimentary rocks on Earth leaves very little to the imagination”.

The researchers, through analyzing the high-quality HiRISE images and the history of the rock layers, were able to determine that the depth of those rivers was several metres.

“Now we have the technology to extend this methodology to another terrestrial planet, Mars, which hosts an ancient sedimentary rock record which extends even further back in time than our own,” said William McMahon, study co-author and a geologist at Utrecht University.

Researchers said that the exposed cliff faces on the red planet reveal rivers that “continuously shifted their gullies”, creating sandbanks similar to those of the Rhine River or other rivers in northern Italy.

The scientists believe that Mars’s water might had been a result of rain, like the ordinary of Earth.