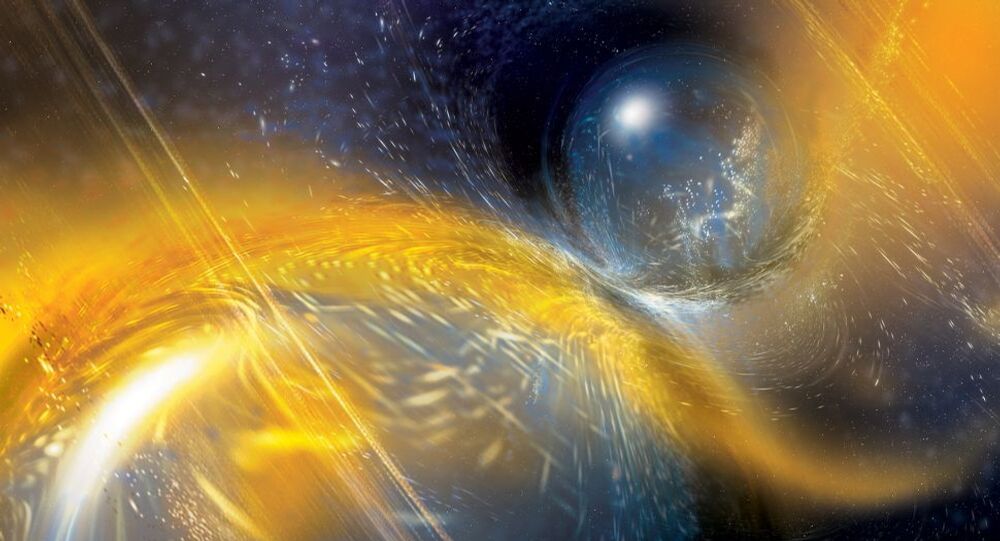 Crushed cores of exploded stars – magnetars - are a type of rare star believed to boast a powerful magnetic field for reasons not yet known.

A magnetar has been detected releasing staccato radio pulses in a sign of unusual behavior for one of the rarest stars in the galaxy.

In research on the study, titled "Spectropolarimetric properties of Swift J1818.0−1607: a 1.4 s radio magnetar", and submitted for peer review, Swift J1818.0-1607 has been recorded acting like a radio pulsar rather than a radio magnetar.

What renders the research even more fascinating is that it’s the fifth magnetar ever detected emitting pulsed radio waves.

The research, uploaded to the pre-print server 'arXiv', is being hailed as promising in its attempts to understand the links between the two classifications of dead stars: a pulsar and a magnetar.

"I think it is safe to call it a potential missing link. At this stage there's still a lot we don't know about this new magnetar, but there are clear similarities between it and the high-magnetic field pulsars," a lead author of the study, astrophysicist Marcus Lower of Swinburne University of Technology was quoted as saying by ScienceAlert.

Initial analysis showed the magnetar to be the fastest rotating pulsar found and possibly, at 240 years - the youngest.

The team of astronomers, led by Lower, reported to the Parkes Observatory radio telescope in Australia to carry out further observations, recording the object for three hours. The result initially showed the star emitting pulsed radio waves similar to those from other radio pulsars.

"At a glance, the radio pulses emitted by Swift J1818.0-1607 look quite similar to those from the four other radio magnetars. They're very narrow and sometimes composed of multiple millisecond-long bursts… However when we looked at how bright the pulses are at different radio frequencies, we realised there is a dramatic drop-off in brightness when going from low to high frequencies. While this is similar to many ordinary radio pulsars, it is very different to the pulses seen from other magnetars," said Lower.

Lower added that the two stars also had a similar radio brightening, which could suggest the mechanism behind the radio outbursts was similar, and feeding into a theory that some magnetars could evolve from pulsars.

Magnetars are a subcategory of neutron stars, which are the dense core remnants of a large star that had transformed into a supernova.

But the distinctive feature of the magnetars is their powerful magnetic fields, which are around a quadrillion times more powerful than planet Earth's. Science is yet to reveal the reasons for this.

The magnetars are rare, with only some 24 discovered in our galaxy up to this point. From these, just a few have been detected emitting radio waves.

The other classification of dead stars - pulsars, have been identified by the thousands.

The pulsars are spinning neutron stars emitting jets of radio radiation from their poles.

Scientists have been speculating that since pulsars and magnetars are a both forms of a neutron star, there would be common factors linking them. However, all studies have failed to come up with any significant data, with astronomers supposing this was due to the magnetic field being too powerful to support pulsar-like radio emission.

Current research is suggesting that most magnetars are “facing the wrong way”.

"The most likely reason is their radio beams simply don't cross our line-of-sight… This isn't too surprising, as their slow rotation periods and the high rate at which they're slowing down over time causes them to have very narrow radio beams when compared to other pulsars," explains Lower.

After the current breakthrough research, more observations would be needed to confirm the findings.

"That this magnetar's radio emission doesn't exactly match our expectations from observations of other radio magnetars is quite exciting, and goes to show how much more we have yet to learn about these extreme objects," Lower concluded.