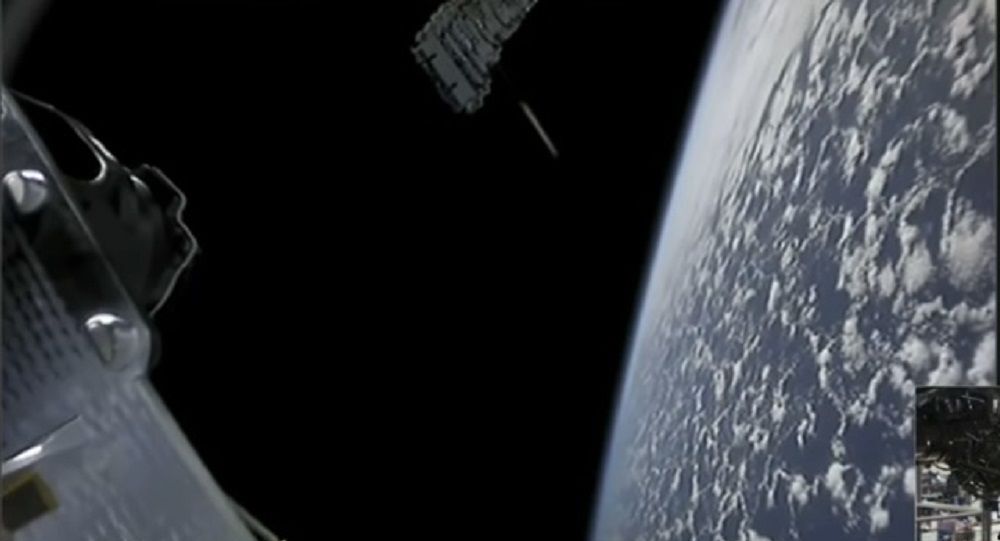 Elon Musk’s brainchild Falcon 9 launcher has already nailed more than 80 flights in a bid to provide the world with internet access, making it the most flown rocket in US history. However, one of its recent operations attracted special attention from observers, and UFO hunters in particular.

A mysterious cigar-shaped object seen during the recent launch of a SpaceX satellite on 18 March has puzzled some viewers, with UFO enthusiasts rushing to speculate about the alien origin of the unexplained craft.

The launch, which took place in NASA’s Kennedy Space Centre in Florida was live-streamed, with the video then being published on SpaceX's YouTube account. Observers from the UFOmania channel were eager to point to a mysterious object which emerged on the scene at 16:15, while Michael Andrews, SpaceX's distribution supervisor, was still discussing the launch. The video cut out shortly after that.

The whole clip can still be viewed on SpaceX’s channel, despite some suggesting that the object was edited from the footage. However, the company has not commented on the mysterious appearance, leaving viewers to guess what it was.

© Blogger photo / Youtube/MrMBB333
It’s Back and It’s Glowing: Mysterious Cigar-Shaped UFO Seen in Nebraska Sky
“That was not a random "chunk of metal." It was an alien space craft as they watch the launches. They have been responsible for fouling up the 1st stage recoveries lately. Those wee bastards!”, one user wrote.

“It really was a UFO (Unexpected Frozen Oxygen)”, another one joked.

Starlink satellites developed by Elon Musk’s SpaceX are set to provide remote areas of the Earth with internet access. The operation in March sent around 60 satellites into Earth orbit, which was also the 83rd flight for the Falcon launch rocket.