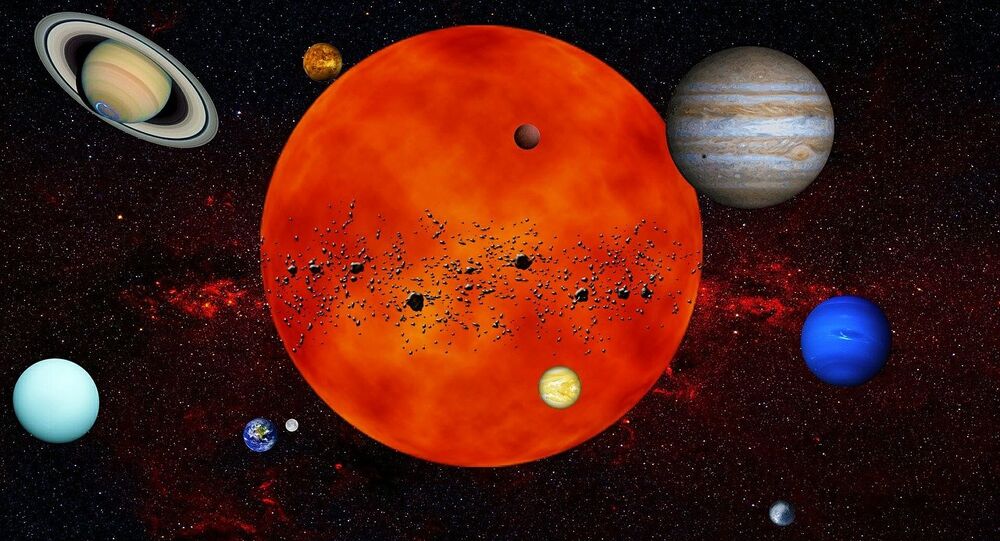 Scientists say the findings of the study are important, because from now on, astronomers will no longer have to gaze at distant solar systems to study interstellar objects.

An international team of astronomers has identified 19 asteroids as interstellar ones that they claim were snatched up by our solar system. Their study was published on 23 April in the journal Monthly Notices of the Royal Astronomical Society.

According to the scientific report, the researchers came to this conclusion after studying Centaurs, which are small bodies with unstable orbits that have characteristics of both comets and asteroids. For this unique detail, they were given the name Centaur, a mythological creature that is a mix of a horse and a human.

One Centaur, called Kaʻepaokaʻawela, had an extremely strange orbit that was exactly the same as the Jupiter’s, but in the opposite direction, or retrograde. This, however, runs at odds with the laws of the solar system, where everything travels in the same direction.

The team then decided to run simulations to discover the origins of Kaʻepaokaʻawela. These simulations showed that the Centaur originated in interstellar space about 4.5 billion years ago. Using the same technique, they identified other 18 other asteroids in our Solar System that may in fact be interstellar visitors.

So how did they end up in our neck of the woods? Scientists say that they were stolen by our solar system when it was young. Researchers say that four billion years ago, the universe was not that big and things were closer together and so these asteroids were caught by the Sun’s gravity.

"The close proximity of the stars meant that they felt each others' gravity much more strongly in those early days than they do today", said Fathi Namouni, the lead author of the study and an astronomer at the Observatoire de la Cote d'Azur in France. This enabled asteroids to be pulled from one star system to another".

This explains why other interstellar guests like comet 2I/Borisov and Oumuamua passed through our solar system and didn’t stay here. The universe has expanded and these celestial objects were not pulled in by the Sun’s gravity.

Scientists say these findings are important, because astronomers will no longer have to gaze at distant solar systems to study interstellar objects.

"The discovery of a whole population of asteroids of interstellar origin is an important step in understanding the physical and chemical similarities and differences between solar system-born and interstellar asteroids", said Maria Helena Morais, a co-author of the study and astronomer at Universidade Estadual Paulista in Brazil. "This population will give us clues about the sun's early birth cluster, how interstellar asteroid capture occurred, and the role that interstellar matter had in chemically enriching the solar system and shaping its evolution".