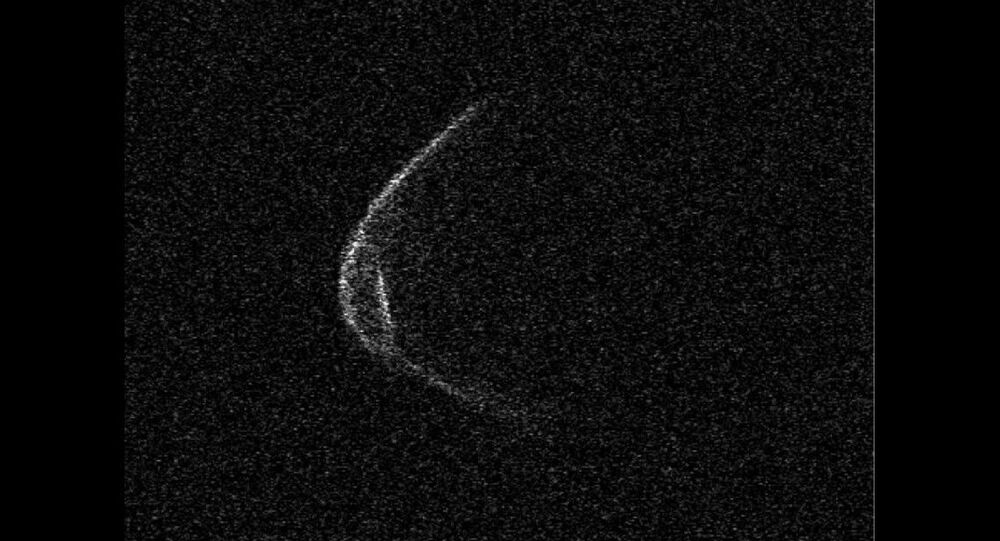 Image of a Giant Asteroid Flying Towards Earth at 8.7 Km/s Released by Arecibo Observatory

Although the celestial body will swoosh past us at a safe distance of 6.3 million kilometres, NASA has categorised it as a near-Earth object, as its orbit brings it in close proximity with our planet.

The Arecibo Observatory in Puerto Rico has released an image of the enormous 1998 OR2 asteroid that will fly past the Earth on 29 April. It seems that the news of the coronavirus outbreak, which has infected more than 2.6 million people worldwide, has reached even the most remote parts of the universe as judging by the photo, the celestial body appears to be wearing a medicinal mask. The researches captured the image of the asteroid on 18 April.

#TeamRadar and the @NAICobservatory staff are taking the proper safety measures as we continue observations. This week we have been observing near-Earth asteroid 1998 OR2, which looks like it's wearing a mask! It's at least 1.5 km across and is passing 16 lunar distances away! pic.twitter.com/X2mQJCT2Qg

​According to NASA’s Centre for Near-Earth Object Studies, 1998 OR2 is estimated to be between 1.8 and 4.1 km wide and is travelling at an incredible speed of 8.7 kilometres per second.

On 29 April, it will zoom within 6.3 million kilometres from our planet, or within 16 lunar distances. The Arecibo Observatory isn’t the only one watching 1998 OR2. Italian astronomer Gianluca Masi is keeping an eye on it too, and on 28 April, he is going to hold a live broadcast that will spotlight telescope images of the asteroid.