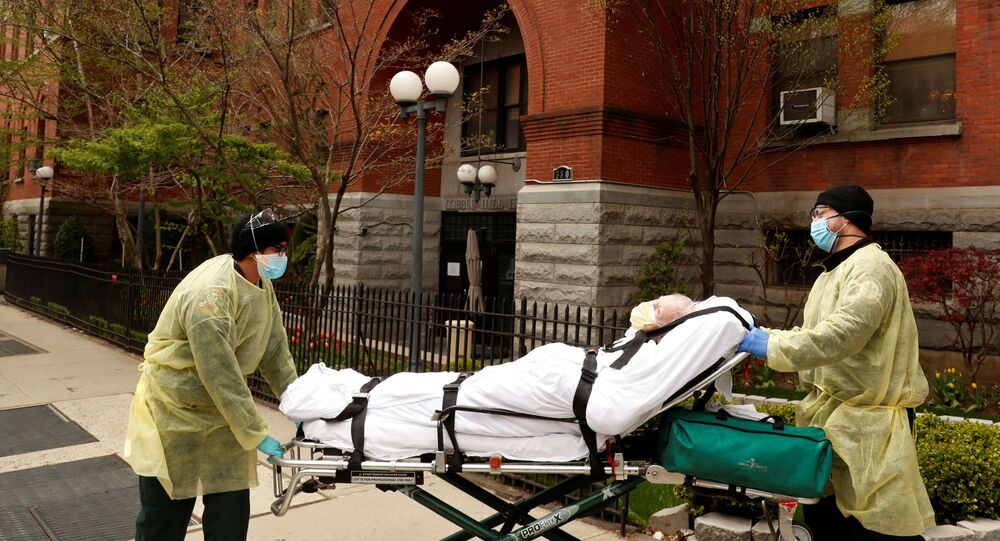 The SARS-CoV-2 coronavirus resulted in more severe illnesses than pneumonia, researchers from the University Hospital Zurich wrote in a study published last week.

COVID-19, the disease responsible for the ongoing coronavirus pandemic, can cause multiple organ failure after attacking the lining of blood vessels in the body, it was revealed in a Lancet study.

The findings show that smokers and those with pre-existing conditions, namely obesity and cardiovascular disorders such as hypertension, were affected most when catching the virus.

The study cited three cases, which revealed that viral elements remained in endothelial cells in the lining of blood vessels, in addition to inflammatory cells in patients suffering from the disease. Autopsies conducted on further coronavirus victims found that blood vessels were "full of virus", impairing blood vessel functions in all organs, according to one chief researcher.

Contributing author, Frank Ruschitzka of the University Hospital Zurich, said that the virus not only attacked the lungs, but "vessels everywhere".

He said: "It enters the endothelium [layer of cells], which is the defence line of the blood vessels. So it brings your own defence down and causes problems in microcirculation.

Mr Ruschitzka, chairman for the heart centre and cardiology department at the hospital, added: “From what we do see clinically, patients have problems in all organs – in the heart, kidney, intestine, everywhere.

The three cases cited a 71-year-old with coronary artery disease and arterial hypertension who died after multiple organ failure, with an autopsy confirming viral elements in the lining of blood vessels along with inflammatory cells in the heart, lungs and others, resulting in blocked small blood vessels.

A second 58-year-old victim suffering from diabetes and obesity died from decreased blood flow to her small intestines, including inflammation of blood vessel linings in numerous vital organs such as lungs, liver and kidneys.

According to recommending vaccinations and treating endothelium inflammation, Ruschitzka added that strengthening cardiovascular health was vital.

He concluded: “All patients who are at risk and the elderly should be treated very well for the underlying cardiovascular conditions. The better they are treated, the more likely they are to survive the Covid-19 infection.

The study comes as countries grapple with the ongoing pandemic, with nearly 2.5m cases and over 170,000 deaths being reported worldwide. The United States currently leads as the new epicentre for the disease, with nearly 788,000 cases and over 42,000 deaths, with over 14,600 cases registered in New York City alone, figures tracked on Tuesday showed.

No 'Exit': UK Coronavirus Restrictions Could Last Throughout 2020 – Report