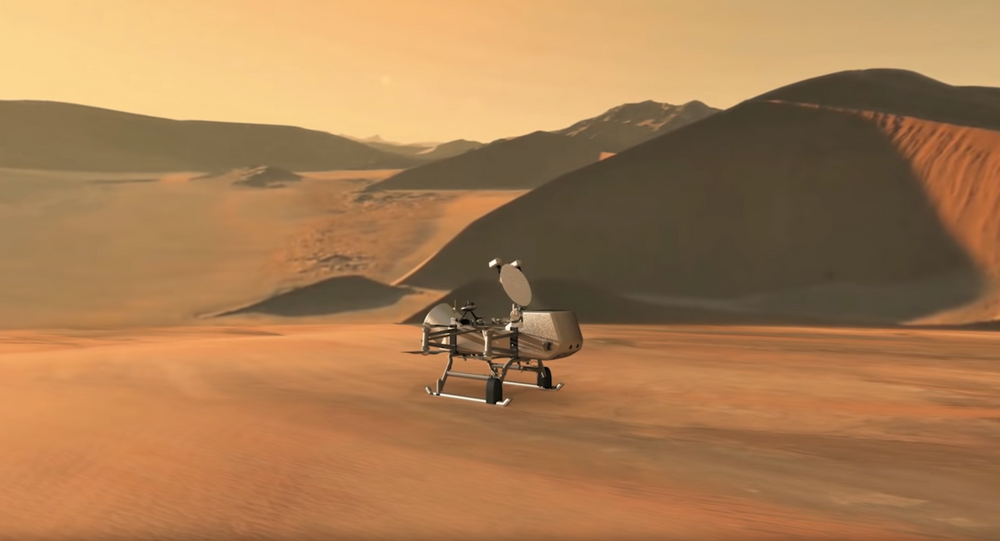 A group of scientists recently suggested that the movement of dirt on Titan, the largest of Saturn’s 82 moons, is likely carried out through dust devils, short-lived weather events which typically occur in the presence of large pockets of hot air.

In a study published in the Geophysical Research Letters journal, researchers argued that Titan’s meteorological conditions appeared to be conducive to the formation of the dancing devils, and that they may be the primary source for the transportation of dust on the rocky and frozen moon.

It’s worth noting that presently, there have been no official documentations of dust devils on the moon yet.

Brian Jackson, the lead study author and a planetary scientist at Idaho’s Boise State University, and his colleagues arrived at their speculation after reviewing meteorological models and data collected by NASA’s Cassini spacecraft, which observed Saturn’s system from 2004 to 2017 during a total of 127 flybys.

“Saturn's moon Titan may host active dust devils, small dust‐laden plumes, which could significantly contribute to transport of dust in that moon's atmosphere,” the study’s abstract reads. “Although the exact nature of dust on Titan is unclear, previous observations confirm that there is actively blowing dust on that world.”

Cassini’s observations proved that sand dunes covered as much as 30% of the moon’s equatorial region, according to Phys.org. Collected radar data also indicated that dunes across Titan varied by region.

“When we plug the numbers [into the models] for how much dust the dust devil ought to lift based on the wind speeds we see, they seem to be able to lift more dust than we would expect,” Jackson said in a statement to the American Geophysical Union.

The researcher went on to explain that unless there is a large storm unfolding on the moon, winds on Titan aren’t typically strong or powerful enough to create whirlwinds similar to tornadoes. “So dust devils may be one of the main dust transport mechanisms on Titan - if they exist,” he said.

However, as much of the team’s work is based on models, Jackson noted that either “there may be some other mechanism which is helping them pull this dust — or the equations are just wrong.”

The team anticipates that their predictions will likely be confirmed following the 2026 deployment of  the US space agency’s Dragonfly craft, which is expected to arrive on Titan sometime in 2034. The Dragonfly mission will see researchers attempt to better understand the moon’s environment and habitability, as well as investigate the progression of prebiotic chemistry.