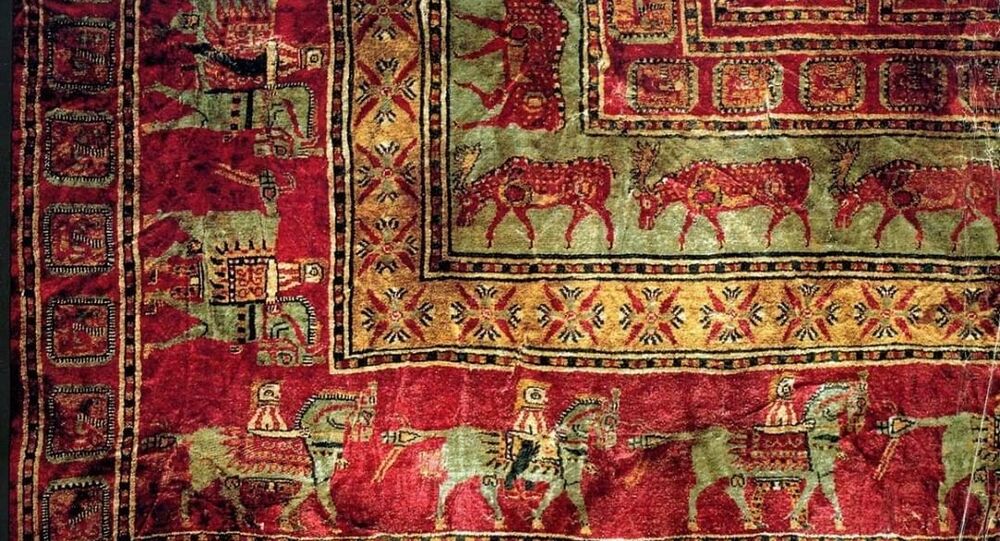 The carpet was discovered by a Soviet archaeologist in the Altai Mountains in 1949, close to the mummified body of a woman wearing a golden dress. It is currently being exhibited in the Hermitage Museum in Saint Petersburg, Russia.

The 2,500-year-old Pazyryk rug was made by ancient Turkish tribes, claims Ibrahim Tellioglu, a historian at Ondokuz Mayis University in Turkey. The expert argues that the design and motifs used on the carpet, such as “animal figures, cavalry images and the way the horses’ tails are tied” are related to Turkish culture. Same designs, Tellioglu says, were used by Turkish masters for millennia.

Another detail that led researchers to believe that the rug was made by Turkish craftsmen is the mummified body's golden dress, which bears similarities to Turkish garments, and the inscription on a silver bowl.

Tellioglu’s view would add weight to claims that carpets were made in Turkey even in ancient times. Historians still argue over where carpet weaving began, with many suggesting that the practice originated in what is now known as Turkey.

The Pazyryk rug was discovered by Soviet archaeologist Sergei Rudenko in the Altai Mountains in an area where China, Mongolia, Kazakhstan, and Russia come together. It was found in a tomb, which later became known as the Pazyryk or Scyth burials.