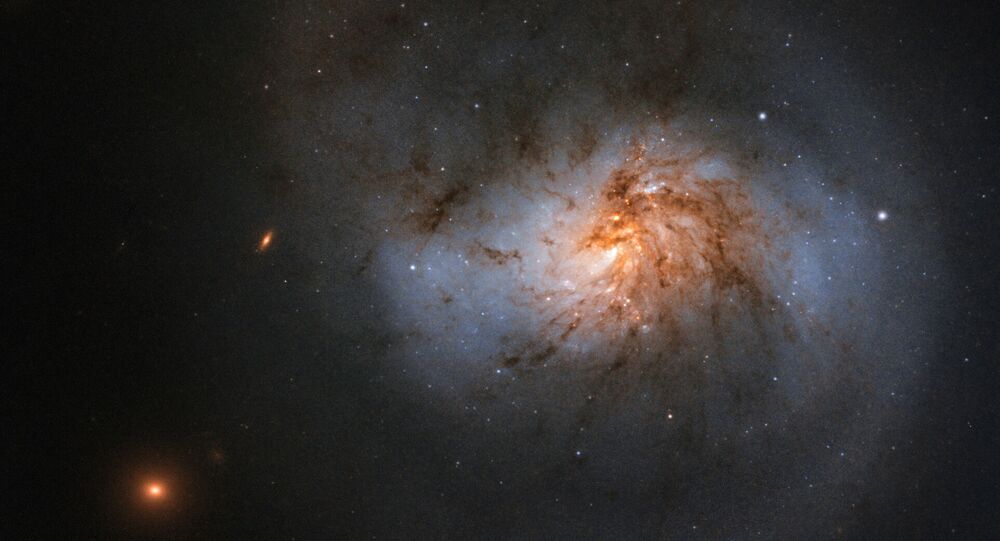 The Hubble Telescope in 1995 captured an image of star-forming matter swirling in a multi-coloured kaleidoscopic image. Today a new photo of the same area, focusing primarily on infrared light, has revealed the eternal and self-destructive nature of the cosmic pattern.

NASA scientists have released a new infrared photo of iconic 'Pillars of Creation', a 6,000-light-years distant collection of gas and dust located in the Eagle Nebula, revealing an array of newborn stars in the material.

The new image, using invisible infrared light, surrounding the cosmic phenomena which spans about 5 light years (3.5 times the size of our solar system) reveals how it set the stage of the formation of stars.

The "Pillars of Creation" are one of the most iconic sights in our universe — but you've probably never seen them like this.

Learn more about this infrared image from @NASAHubble >> https://t.co/3GTZmuh3B9 pic.twitter.com/ksBXj7Y4mu

​According to NASA, a multitude of dense pockets of hydrogen gas and dust form in singular, gravitationally-dense locations, and, as the area heats up under the weight of the accumulation, often becomes the seed of a star or a 'protostar.'

If a protostar continues to gather mass and the core temperature increases to a sufficient degree to kickstart a nuclear reaction, a new star is born, to add to the portrait of the night sky.

The new infrared image from NASA's Hubble Space Telescope goes beyond optical light, revealing how the Pillars fade away into a quilt of newly-formed stars in the dense dust.

The greatest activity appears to be at the tip of the largest pillar, gleaming with mesmerising blue radiation, while cooling the embryonic stars below them and maintaining their long shape.

According to NASA astronomer Paul Scowen, as the stars in the tip of the clouds of gas increasingly gain in size, their radiation strengthens, slowly destroying the surrounding gas clouds.

"The gaseous pillars are actually getting ionized, a process by which electrons are stripped off of atoms, and heated up by radiation from the massive stars," Scowen wrote in a 2015 NASA statement.

"The stars' strong winds and barrage of charged particles […] are literally sandblasting away the tops of these pillars", he noted.

Sown helped to lead the first Hubble optical exploration of the Eagle Nebula in 1995, which captured the now-iconic visible-light image. The importance of both photos is indicated by their ephemeral imagery, as the newborn stars destroy the gaseous birth envelope, and the system changes quickly, never to look the same way.