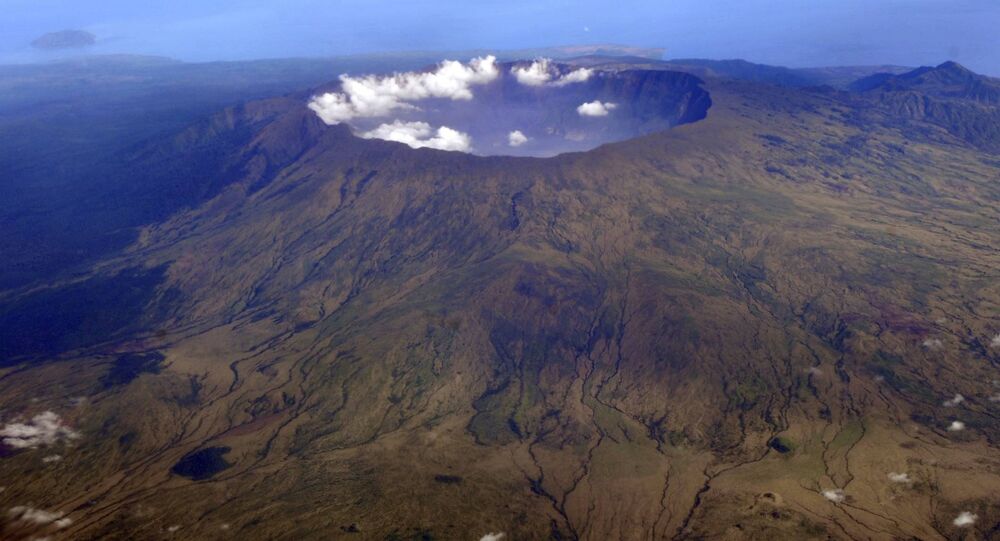 What Was the Deadliest Volcano Eruption Ever Recorded, That Took the Lives of Almost 100,000 People?

Indonesia makes headlines to this day for its vivid volcanic activity. Just on Friday, the Krakatoa volcano, located between the islands of Java and Sumatra, erupted, ejecting a 14-kilometre-high ash cloud into the air. Krakatoa may be the region's most famous volcano, but another can claim the highest death toll in recorded history.

Almost exactly two hundred and five years ago, a volcanic eruption which is believed by researchers to be the most devastating volcanic event recorded in modern history, took place on the island of Sumbawa in Indonesia, killing between 60,000 and 100,000 people instantly or by leading to starvation in the subsequent months, according to data cited by The Times and the History portal.

Mount Tambora, after grumbling for a couple of days, intensified its eruption on 10 April 1815, releasing around 50 cubic kilometres of dust and gases into the air, and taking lives of 10,000 people instantly. In a few days, it erupted again, blowing the top off the volcano in a way that reduced its height by 1.5 kilometres, covering the whole island in metres of ash. The eruption and its flaming debris also set the surrounding forests on fire, as well as provoked steam explosions and tsunamis in the nearby waters.

However, it was the long-lasting consequences from the eruption that proved to be devastating, not only for Indonesia but for the whole world. Around 80,000 people in the surrounding areas are believed to have died indirectly from Tambora’s eruption as the result of diseases, crop failures and starvation. The volcanic wreck is now believed to be responsible for a significant reduction in global temperatures throughout next the year. This  caused crop failure and famine in North America, as well as snowfalls in New England throughout summer 1816.

Indonesia remains one of the regions most prone to deadly volcanic activity. Almost seventy years after the Tambora eruption, another volcanic disaster took place in Krakatoa, or Krakatau caldera, which is located between the islands of Java and Sumatra.

© Photo : Twitter / @yulsaroslitska
Photos: Indonesian Volcano Krakatau Erupts, Spewing 14 Kilometres of Ash Into Air
Krakatoa's eruption and the tsunamis resulting from it took the lives of around 36,000 people according to estimates. However, it may be more familiar to observers than the Tambora disaster, which can be explained by fact that news was spreading quicker in 1883 than in 1815 after the invention of telegraph, and thus the later event got bigger publicity.

Krakatoa volcano is still quite active. Just in 2018, a 150-metre-high tsunami wave triggered by its eruption and killed hundreds of people. Its most recent activity on Friday has not left any victims so far, but definitely spread some fears among the locals triggered by the past events.