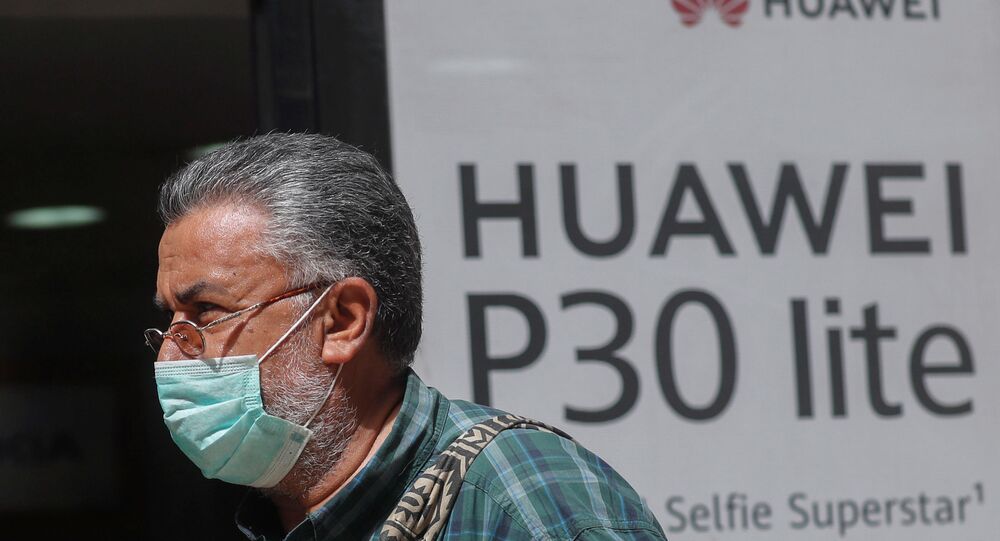 Generous donations of crucial medical equipment from China to Western countries have prompted speculation that it was either a PR stunt or an attempt to leverage market access for Huawei, which has long been accused by the US of spying on behalf of Beijing.

Canada and France, the only two major countries that are yet to decide on Huawei’s role in their national 5G networks, have said that Chinese donations of masks will not affect their stance on the company.

“We are not expecting these donations to have any impact on our decisions. In fact, they will not affect our decisions on any issues,” Canadian Prime Minister Trudeau told reporters this week.

“Receiving goods from a particular company won’t necessarily imply at all that we regard different situations with that company any differently in the future,” he added.

Huawei, as well as other Chinese corporations such as Alibaba and Tencent, has been providing protective medical equipment to several coronavirus-hit countries that are facing shortages of supplies, including European nations and the United States.

The Shenzhen-based telecom giant has not publicly disclosed the scale of its largesse, but Canadian media reported this week that it plans to ship 6 million masks and has already sent in more than a million masks, 30,000 goggles and 50,000 pairs of gloves.

The United States has been pressing Canada to block Huawei from installing its 5G equipment on the fledgling fifth-generation mobile phone networks as part of its global effort to choke off the company.

The Trump administration, which accuses the company of spying for Beijing through backdoors in its gear but has provided scant evidence to prove its claims, is said to have told Canada that it would lose access to top secret intelligence unless it blocked Huawei’s 5G technology – a threat it has issued to several allies, with varying success.

Another contentious point in Canada-Huawei relations is the ongoing extradition case of the company’s chief financial officer, Meng Wanzhou, who has been arrested in Canada on allegations of bypassing US sanctions.

Last week, Republican lawmaker Mark Green alleged that China is trying to leverage the donation of a billion protective masks to France to get Huawei into the French 5G infrastructure.

However, France’s US embassy debunked that claim, saying: “This point has not been raised, either during the latest discussion between President Macron and President Xi or in the course of any other exchanges.”

China has previously donated one million masks to France, one of Europe’s worst hit countries by the COVID-19 pandemic. France last month postponed its auction of 5G mobile spectrum indefinitely. Meanwhile, it emerged in March that Macron’s government plans to allow Huawei to supply non-core parts of 5G infrastructure, in a similar move to the UK.

China has sent medical aid to some other European countries, including the Czech Republic, Ireland, Italy, Spain, the Netherlands and Poland, prompting concerns among EU elites that it is trying to gain some leverage through what is declared to be generosity.

Josep Borrell, the EU’s foreign policy chief, wrote on 23 March that there is a “global battle of narratives” at play in which China “is aggressively pushing the message that, unlike the US, it is a responsible and reliable partner”.

The statement came in an apparent reference to medical supplies from China. Notably, on the same day the US tech giant Apple announced that it would donate millions of masks to Europe, and in the following weeks two other Asian countries, Vietnam and Taiwan, sent the EU more than 6 million masks combined.

In response to Borrell’s comments, the company stated that it would cease donations to the EU because “this was never meant to have been a PR campaign.”