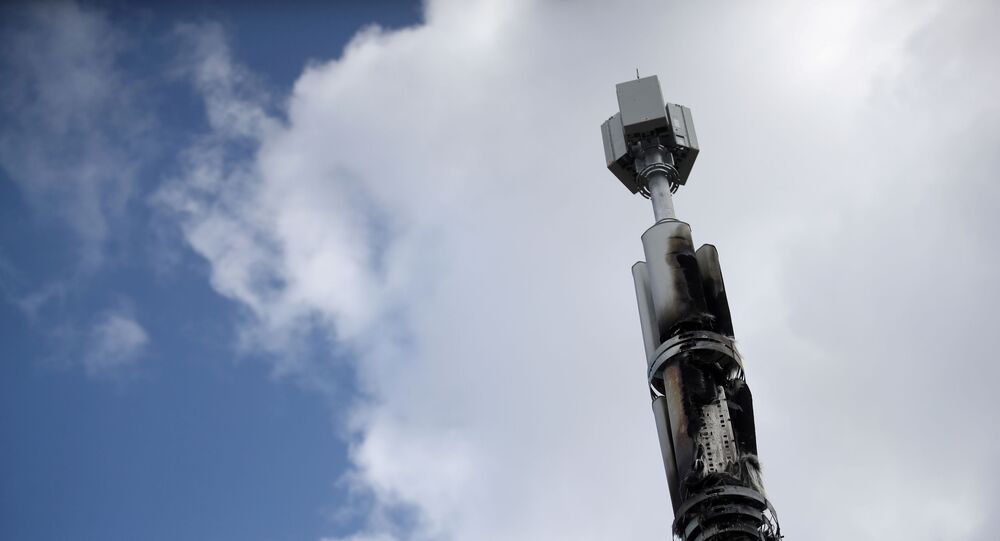 The news comes after roughly 20 5G masts across Britain were attacked last weekend, with social media users citing conspiracies on 5G and COVID-19 and scientists and companies repeatedly denouncing the rumours.

Tech giant Google will begin cracking down on adverts featuring "misleading health claims" linked to Coronavirus and 5G conspiracy theories, it was revealed this week.

The adverts are flagged under Google's sensitive events policy launched in January at the start of the epidemic in China and other countries, the Telegraph reported on Tuesday.

Google wrote at the time content that "potentially capitalises on or lacks reasonable sensitivity towards a natural disaster, conflict, death, public health emergency or other tragic event" would be banned on the platform.

The clause includes an non-exhaustive list of potential violations, including profiteering and price gouging vital supplies and using keywords from sensitive events to gain additional traffic, among others.

UK government and 5G industry officials have slammed the disinformation, stating that there were no links between 5G and the spread of the disease, with telecom workers noting they have faced abuse and assault in recent weeks, according to reports.

Guidelines published by the International Commission on Non-Ionizing Radiation Protection (ICNIRP) have concluded that there was no health or safety risk to the publish, citing over 20 years of research.

ICNIRP chair, Dr Eric van Rongen, said that despite concerns, his organisation had updated guidelines on 5G to "help put people at ease.

“The guidelines have been developed after a thorough review of all relevant scientific literature, scientific workshops and an extensive public consultation process," he said.

Stephen Powis, National Medical Director of NHS England, slammed the conspiracies as "complete and utter rubbish", adding that  mobile phone networks were "absolutely critical to all of us, particularly at a time when we are asking people to stay at home".